I visited the Sun Temple at Konark around the Christmas break in 2017, and it seemed like half the world had decided to visit at that same time! The Konark temple (13th c) is the third in line of the large Odia temples after Lingaraja (late-11th c) in Bhubaneswar and Jagannath (12th c) at Puri. If the sanctum tower of this huge temple had not collapsed, it would also have been the largest of the three. The spire of the Sun Temple is estimated to have been just under 70 meters tall, while Jagannath is 56.7 meters and Lingaraja 36.5 meters. Just the mandap (Jagamohan) of the Sun Temple as it exists today rises to 38.4 meters from the ground.

The main structures of the temple were the mandap (which as it exists is heavily reconstructed) and the sanctum tower (almost completely destroyed), both built on a high platform. There is a Natamandir (dance pavilion) in front of the mandap, and a few ancillary structures that will be covered in later posts. In this post I’ve just shown the general layout of the temple. 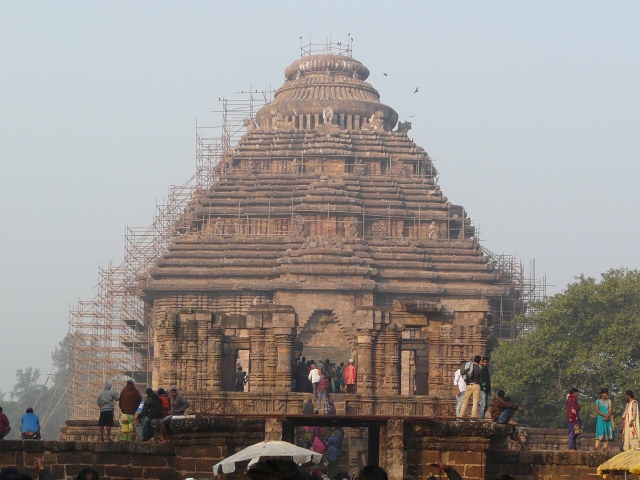 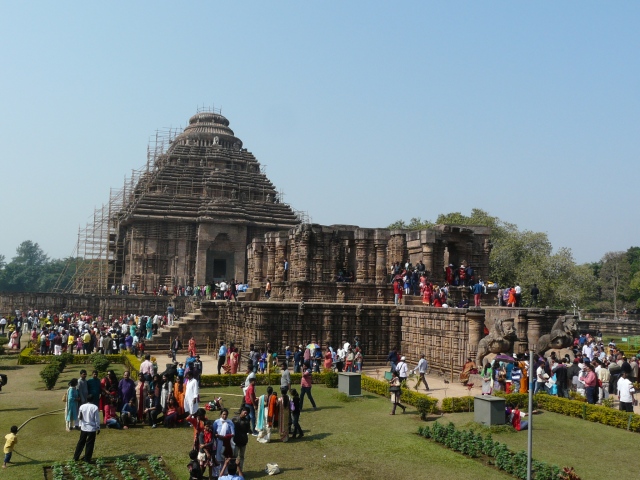 Mandap on the temple plinth

View from the southeast, with the ruins of the kitchen building in the foreground 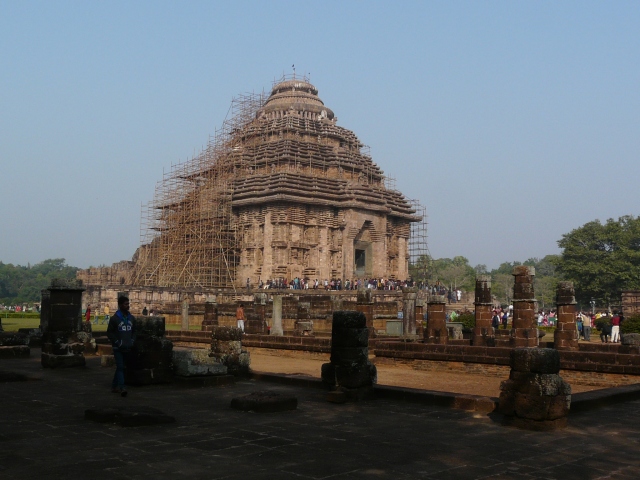 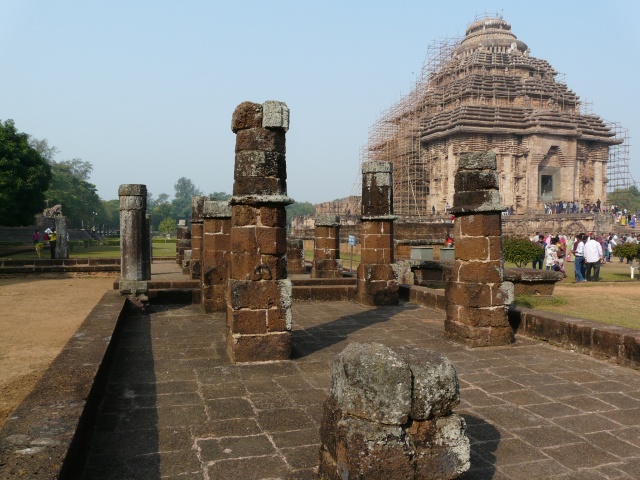 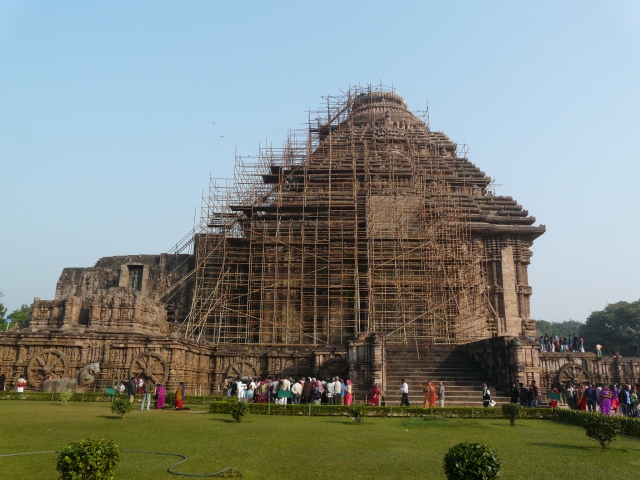 Views from the southwest, showing the ruins of the sanctum tower

Crowds entering and exiting from the east gateway 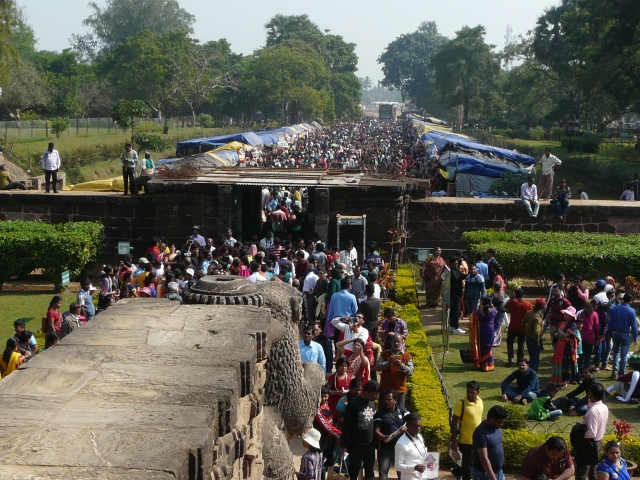