Mukteshwar, from the late-10th c, is the transitional example from the earlier style represented by the Parashurameshwar temple, and the later period of Odia temple architecture. The most obvious change is in the shape of the mandap, which for the first time gains the ‘Pidha Deul’ style, with a square base topped by a pyramidal roof which rises in a series of prominent horizontal layers/mouldings. Compare this to the rectangular mandap of earlier temples like Parashurameshwar.

A unique feature of this temple is the toran or gateway in front of it. Both the sanctum tower and mandap are profusely sculpted.

To me, the shape of the sanctum tower of this temple seems to be a little at odds with the rest of the sequence of Odia temples. You can see a similarity or evolution between the earlier and later sanctum towers (Rekha Deul), in terms of the boldness of their overall massing and the curvature/taper of the tower as it moves upwards. The tower of Mukteshwar seems to be a little different. Perhaps it is not as large in relation to its mandap as the earlier and later stylistic siblings, maybe the proportions between the lower and upper portions of the tower are different, or perhaps the curvature/taper of the tower is a little different. The tower of this temple seems to be closer to some northern Indian temple tower styles. Chalk it down to the experimentation that marks this temple as a transitional one.

Mukteshwar Temple, with the earliest example of the ‘Pidha Deul’ style mandap 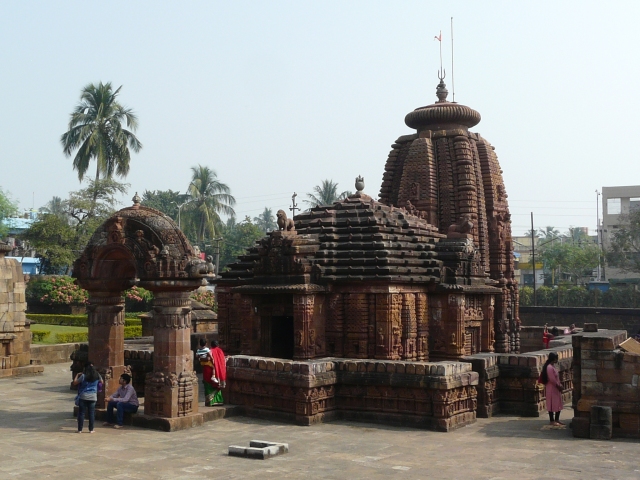 Water tank behind the temple 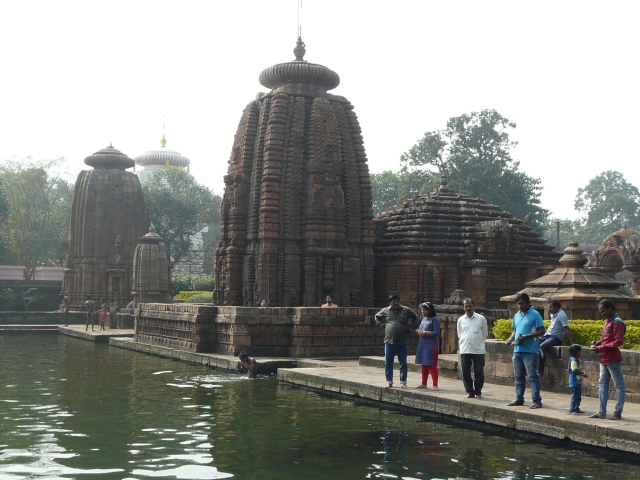 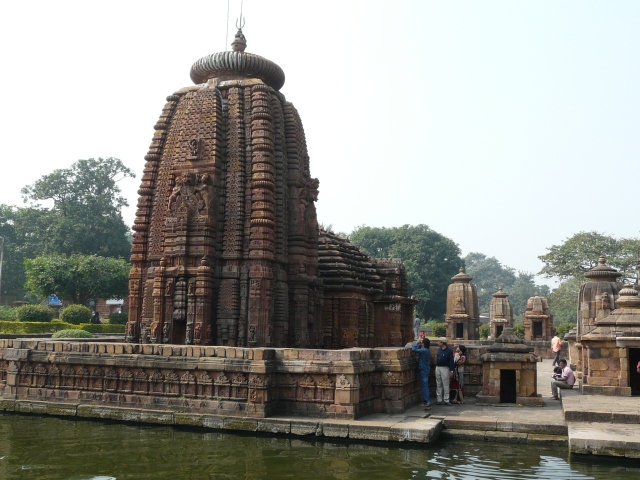 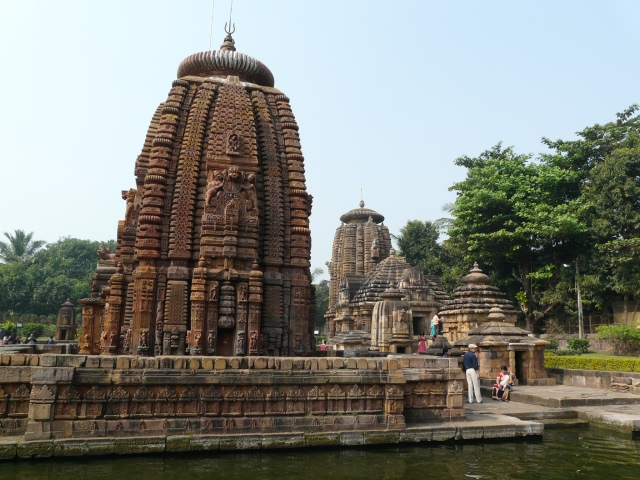 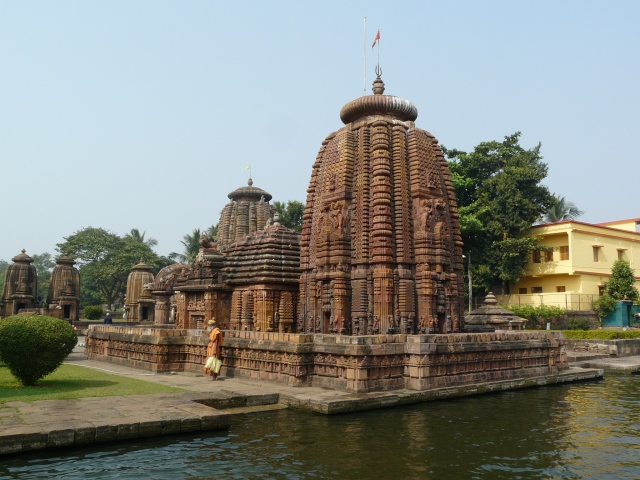 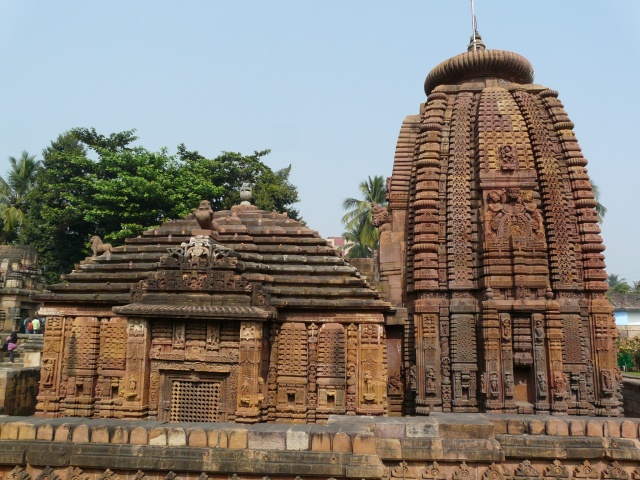 The unique toran or gateway in front of the temple 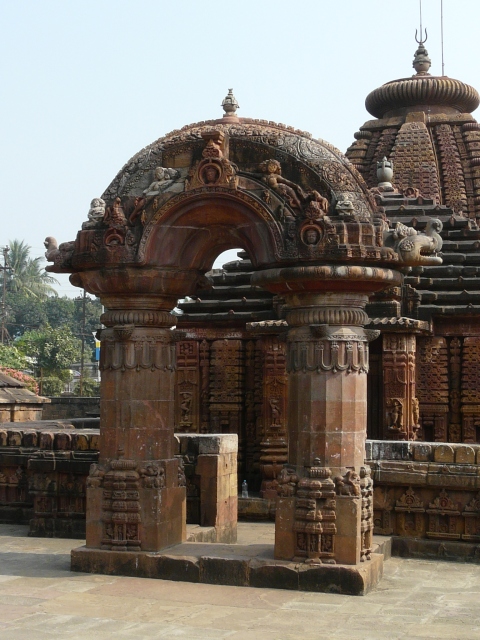 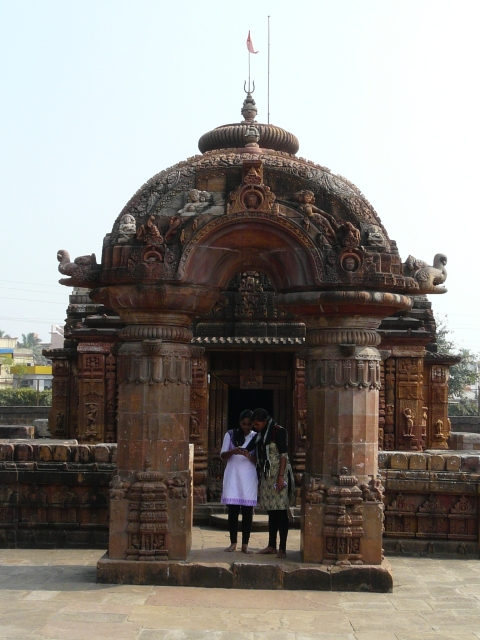 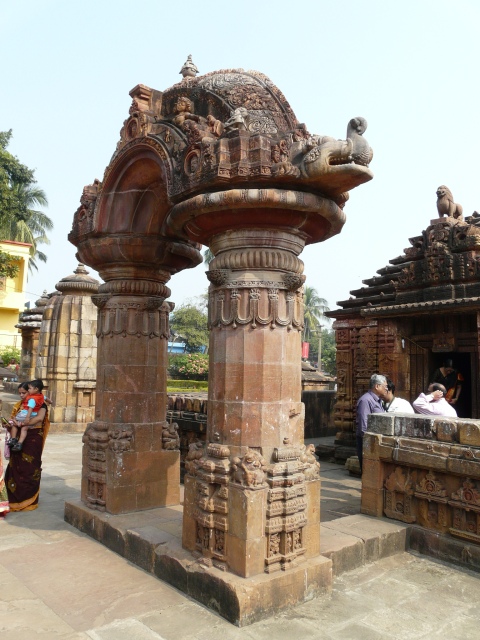 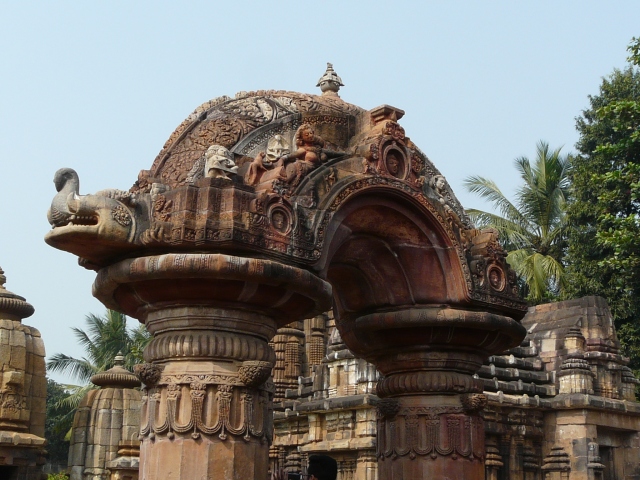 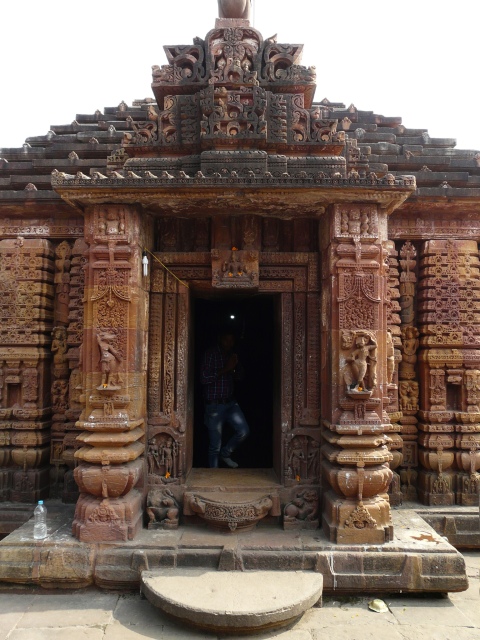 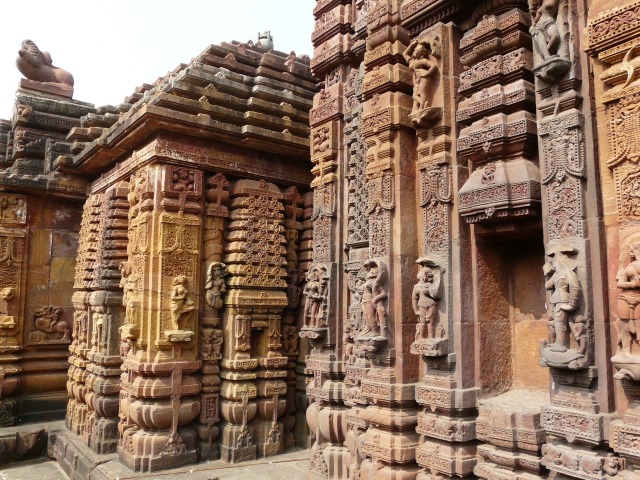 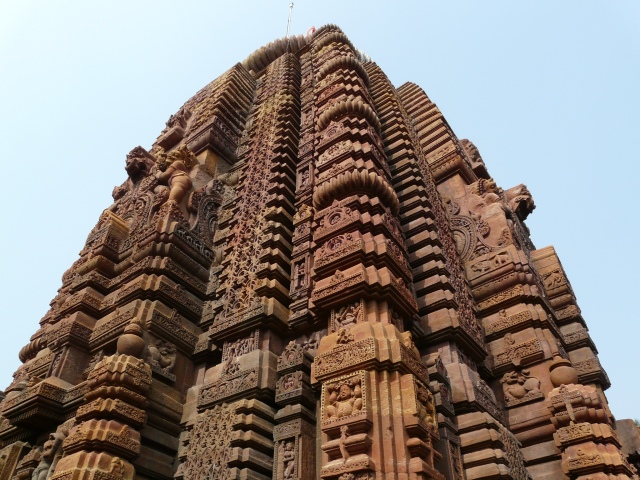 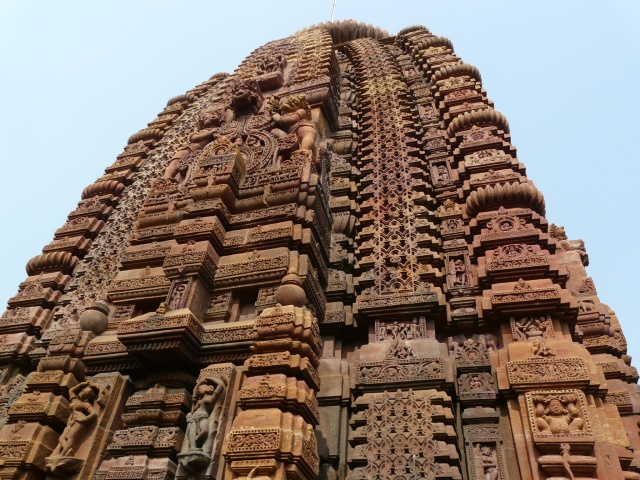 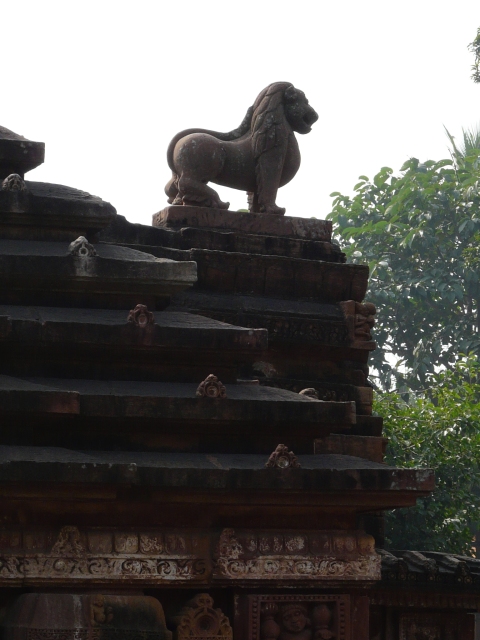 Smaller shrines around the temple 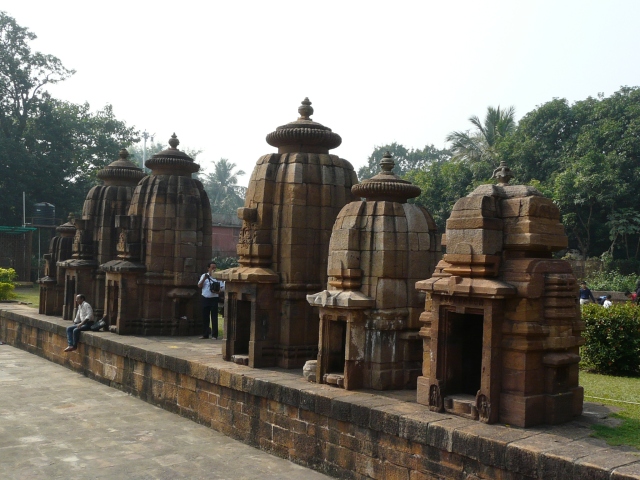 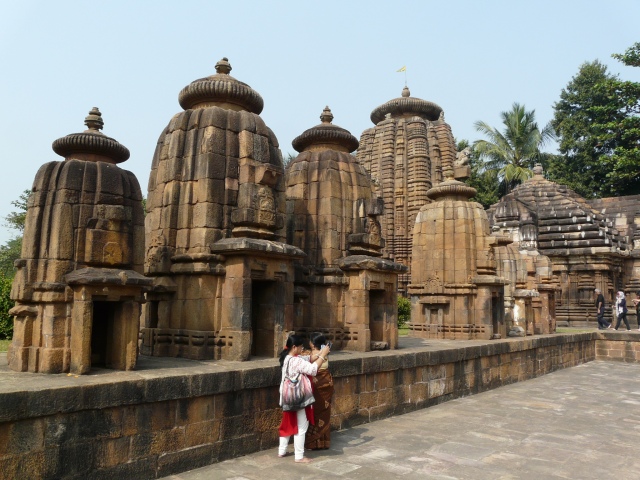 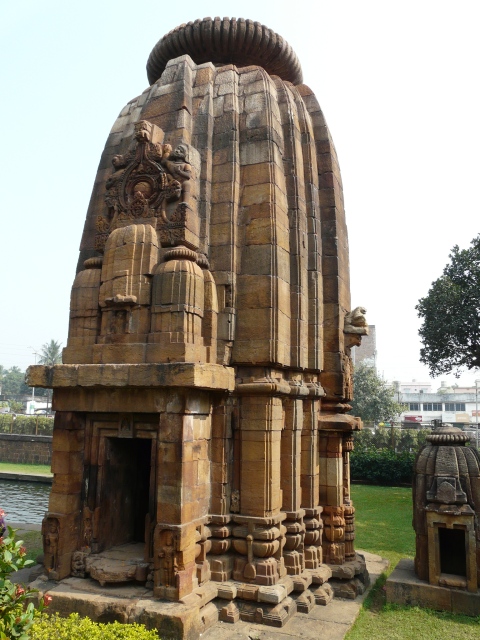