The Hazara Rama Temple lies at the heart of Vijaynagar’s Royal Center, and was probably the royal shrine for Vijaynagar’s rulers. As mentioned before, this early-15th c AD temple can be considered a stylistic intermediary between the 14th c Vijaynagar shrines as on Hemakuta Hill, and later larger temple complexes such as the Krishna Temple and Vitthala Temple (with the Vitthala temple being much larger than the Krishna temple).

The Hazara Rama Temple has an enclosing wall, but the entire complex is much smaller than subsequent walled temple complexes in Vijaynagar. If we consider that the plinth-less mandap in front of the main temple structure was a 16th c addition, we see that the main temple was even smaller than it appears to be today, with only an ardhmandap in front of the shrine room.

Hazara Rama Temple from the outside. The bas-relief sculptures of royal processions cover the outside walls 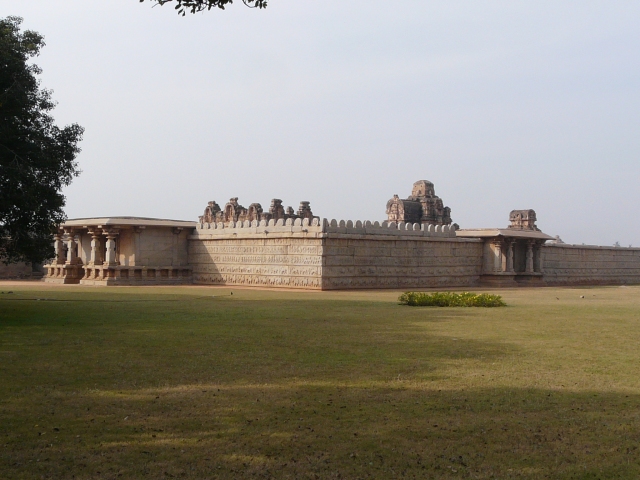 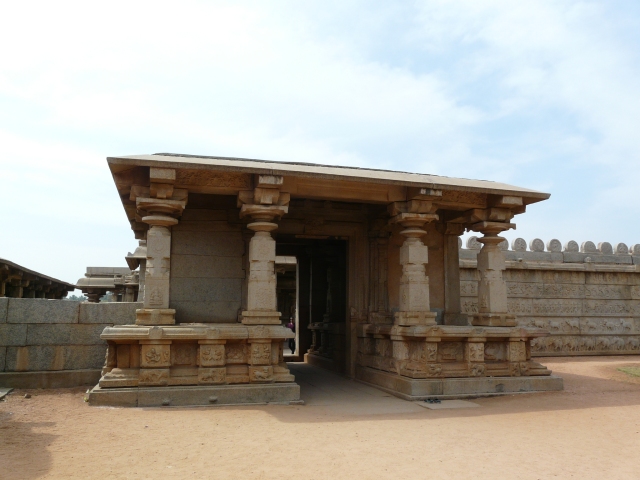 Plinth-less mandap added in the 16th c. We can see the ‘original’ entrance to the ardhmandap behind the addition. Note the parapet sculpture work in brick and plaster 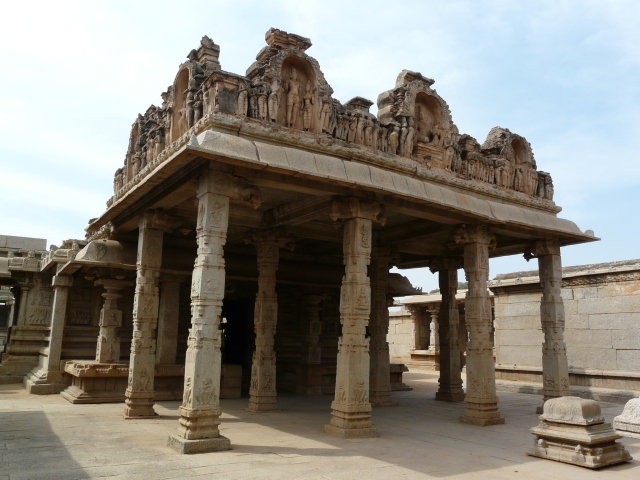 Scenes from the Ramayan on the temple exterior walls 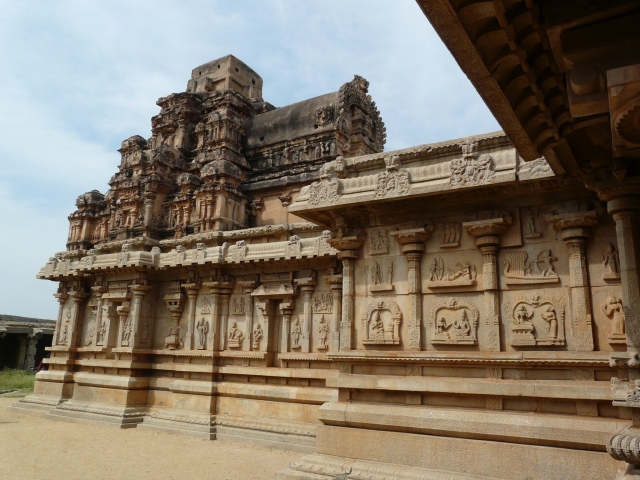 Main temple with subsidiary shrine behind 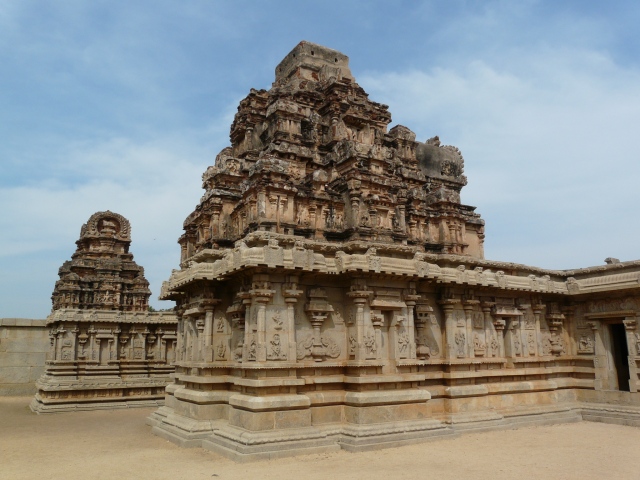 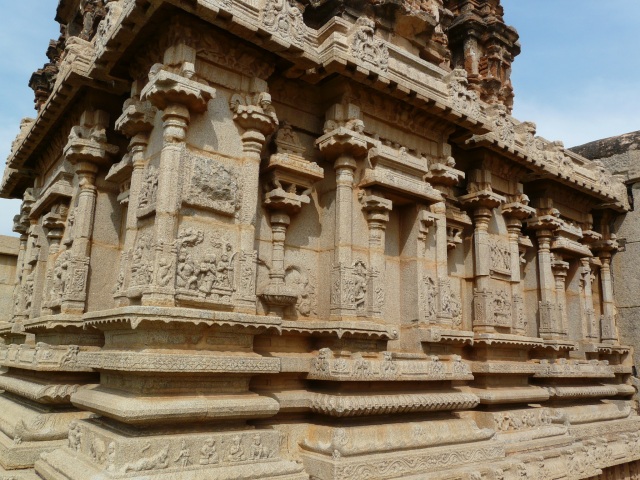 Area immediately outside (to the east of) Hazara Rama Temple 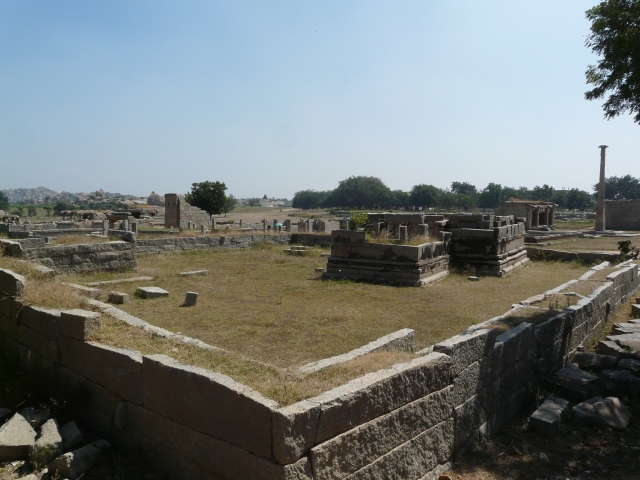 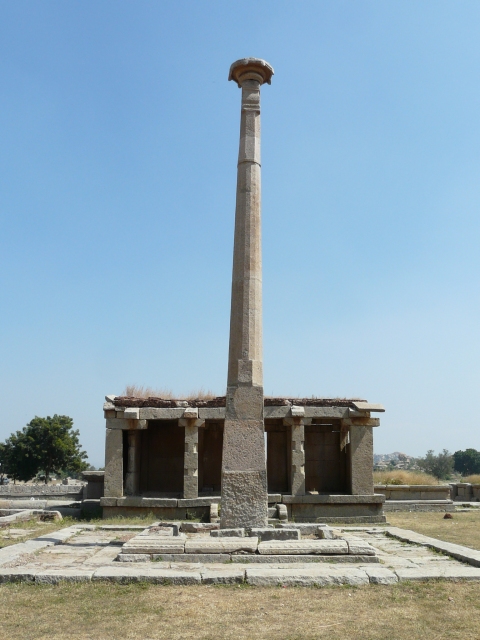 The road leading eastwards from outside Hazara Rama Temple passes through this ruined gateway to an area with many scattered small ruins, and eventually winds its way to the structures outside the Lotus Mahal enclosure and out of the Royal Center through the fortified gateway to the east of that enclosure 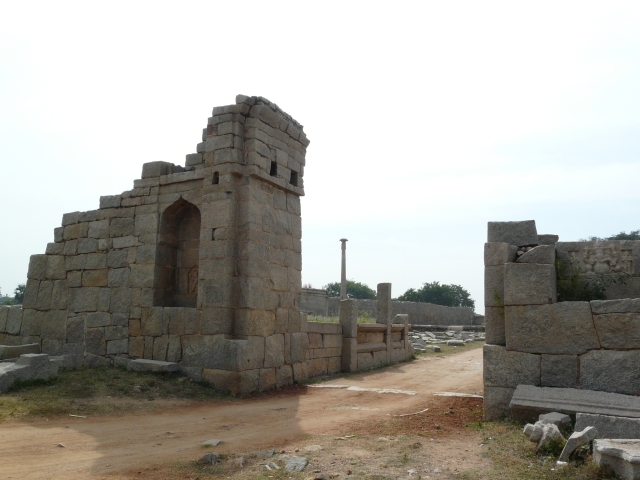