This post is a short aside about a section of Delhi Metro’s Phase 3 project. People following the metro’s progress closely will know that the construction of phase 3 is almost complete and most of the new lines and extensions are operational, except for a few short stretches. One of these stretches is in Trilokpuri in East Delhi, where complex land-acquisition issues have delayed the opening of the viaduct between the Trilokpuri – Sanjay Lake and Mayur Vihar Pocket 1 stations. I visited the neighborhood to see what the situation was like on the ground.

The satellite image below is a little old, but gives an accurate idea of the current situation of the viaduct that still needs to be constructed. The gap is less than 300m in length. The land acquisition issue was for the houses that lie along the curved path of the viaduct.

While the viaduct has made no progress for a long time (a couple of years at least I think), what Delhi Metro has done in that time is construct new houses for the residents who are going to be displaced. In the image below, we can see the older houses to be demolished on the left, the viaduct coming from the Trilokpuri – Sanjay Lake side in the center, and the new apartments on the right. Hopefully this stretch will be finished in 2019, linking the two parts of the Pink Line that now operate in isolation from each other.

The images below show the other viaduct coming from the Mayur Vihar Pocket 1 side. The missing section between the two viaduct ends is less than 300 meters. 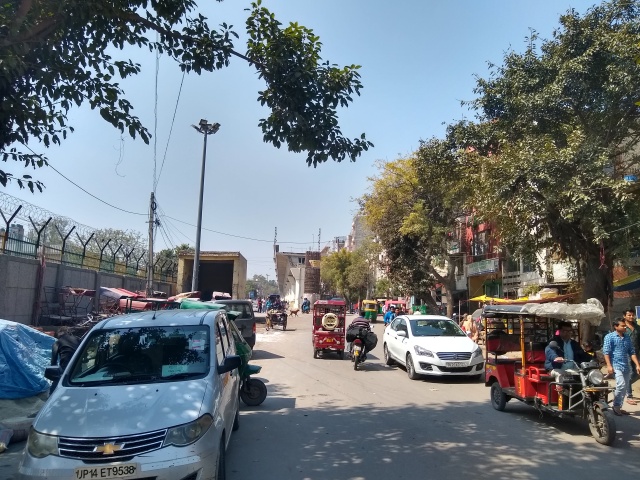 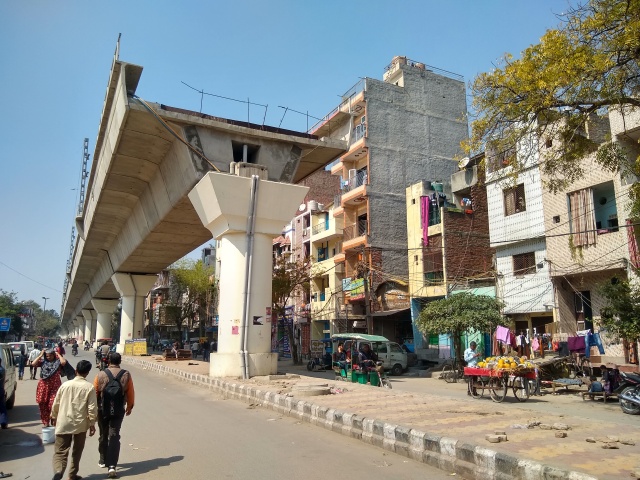 According to these news articles below (written in Nov 2018 and Jan 2019), the new apartments being constructed are not adequate in number to rehabilitate all the families that will be displaced by the viaduct construction. So unfortunately it might take a while longer before the issue is resolved. Appropriate rehabilitation is vital in situations like these, so hopefully an acceptable solution will be found.