The stretch of Pusa Road that runs along the southern edge of Karol Bagh is lined with a zany set of large desi deco bungalows. Karol Bagh as a whole is a treasure trove of buildings in the desi deco style and its contemporaneous “proto-modernist” style (in the Indian context). By the early 20th c, areas such as Paharganj and Sadar Bazaar had already been urbanized to some extent, so planned neighborhoods like Basti Harphool Singh and Deputy Ganj were being inserted into a preexisting (mostly unplanned) urban landscape. Karol Bagh was west of these other locations, and therefore was further away from the main city (Shahjahanabad), and relatively un-urbanized. Just like in the case of Paharganj and Sadar Bazaar though, while there were various schemes to develop the Karol Bagh area in the early 20th c, actual construction only took place between the 1930s and 50s, which is the oldest building stock we see in the area today, including on Pusa Road.

For some more background information and a location map, go to the introduction of this series of posts. 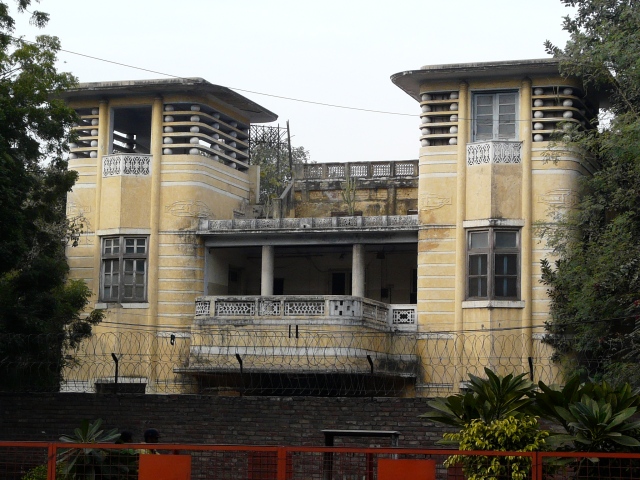 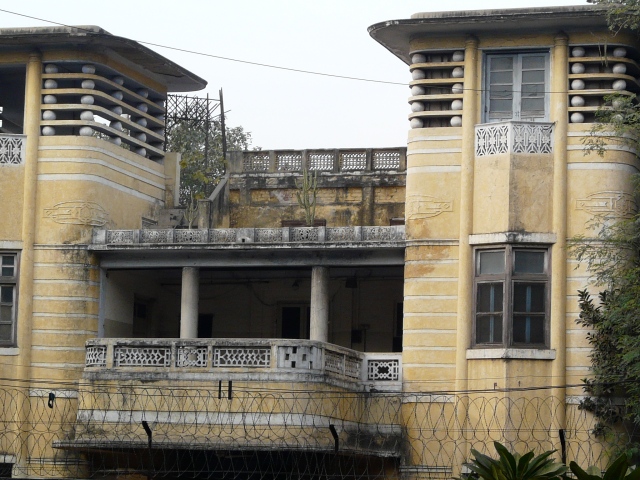 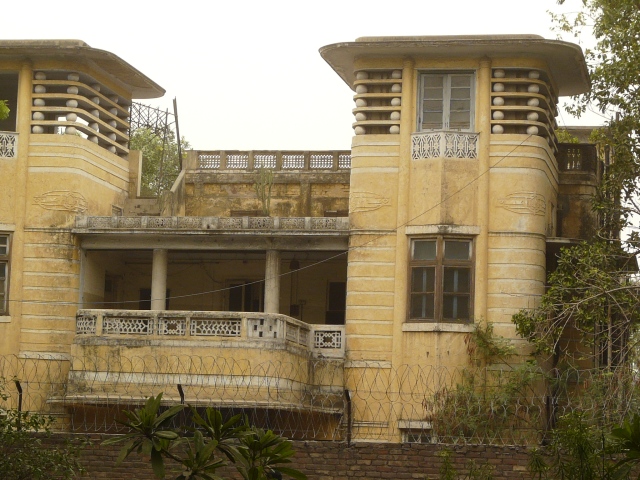 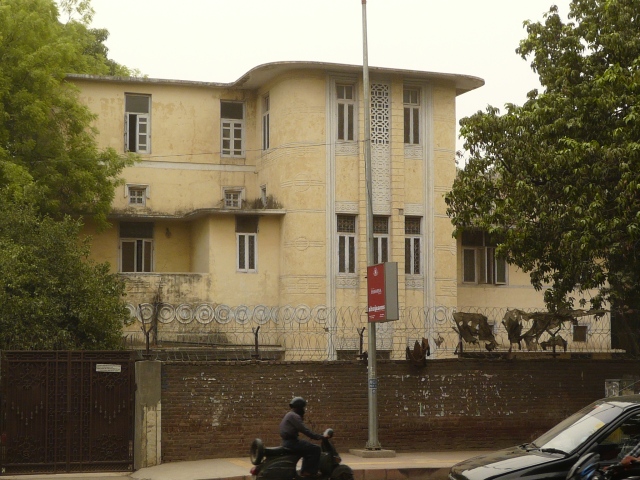 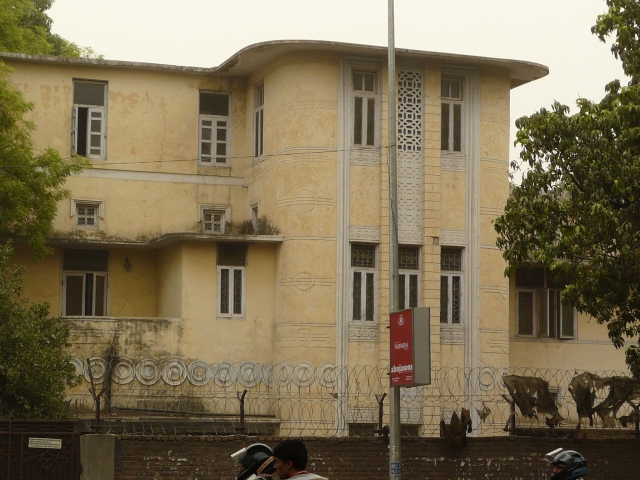 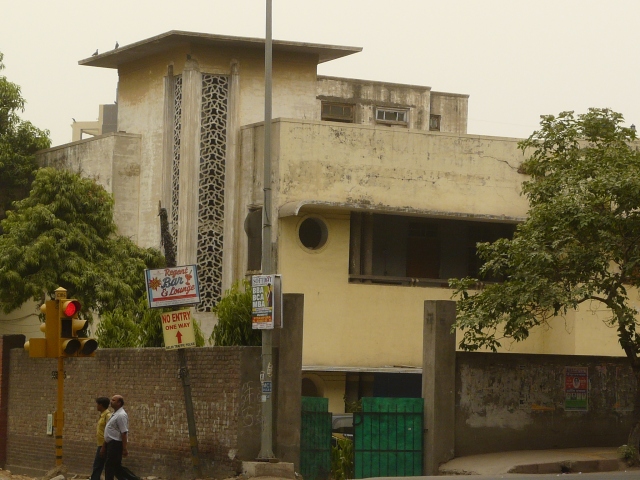 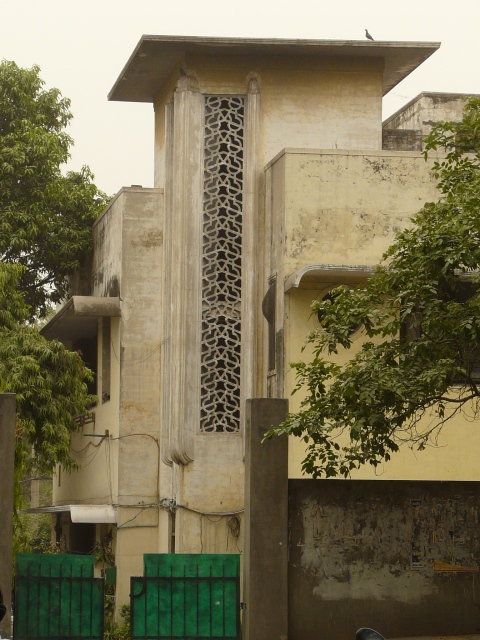 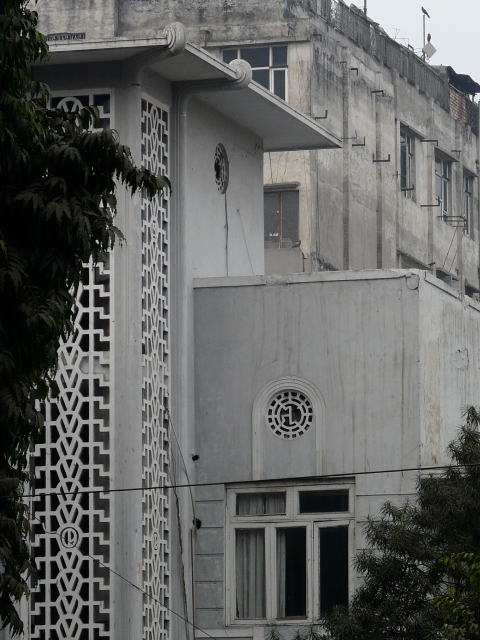 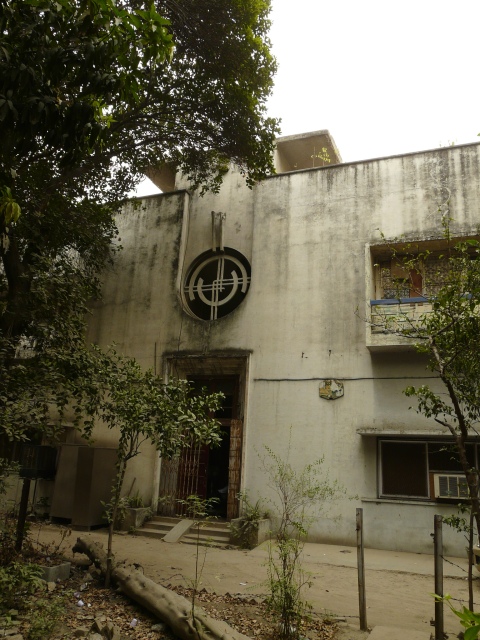 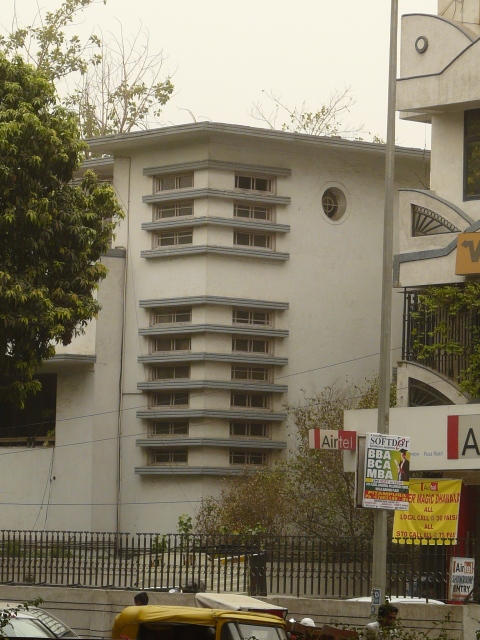 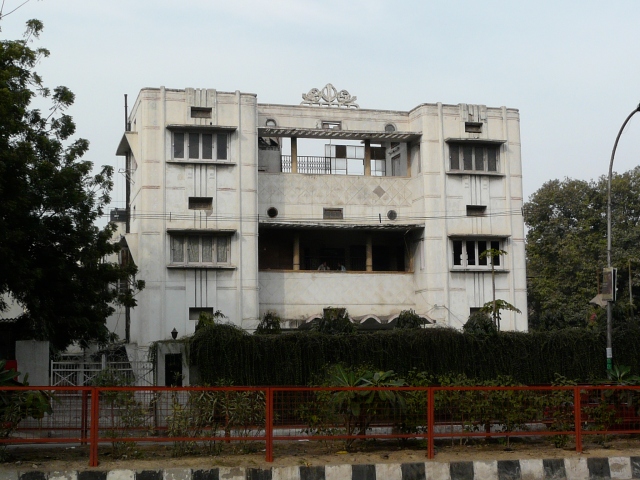 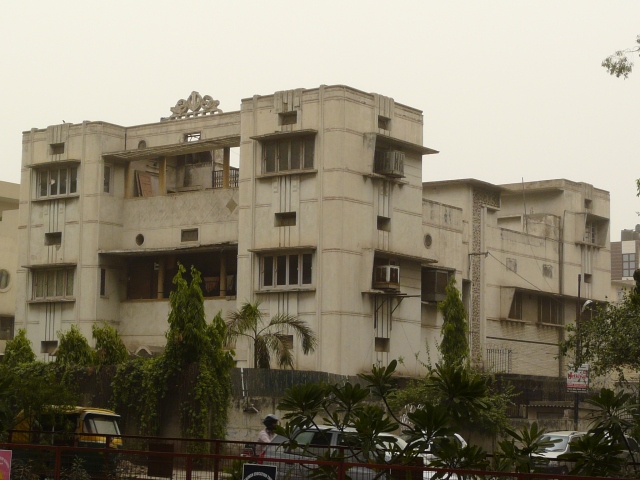 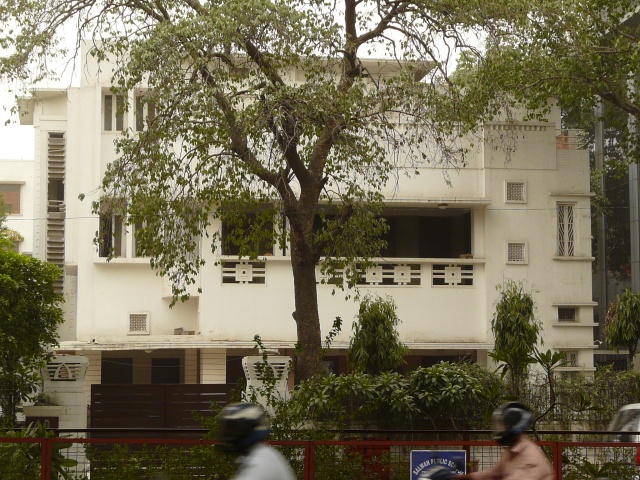 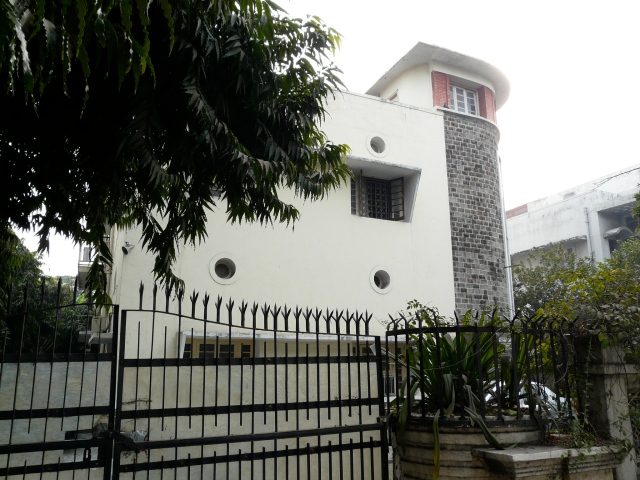 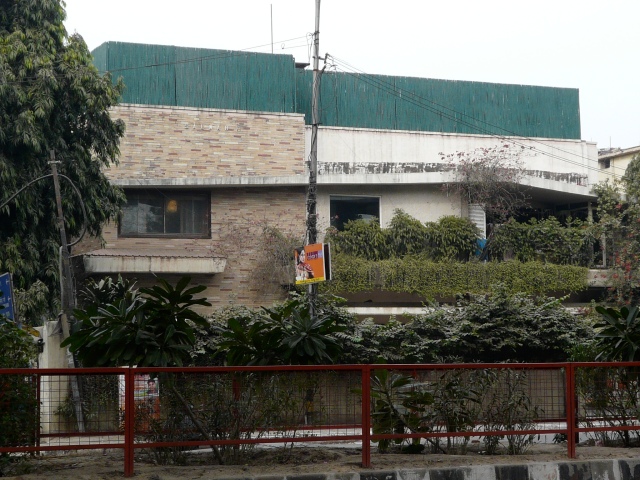 In this last photo we can see the metro viaduct that has been built along Pusa Road, which visually separates the two sides of the road 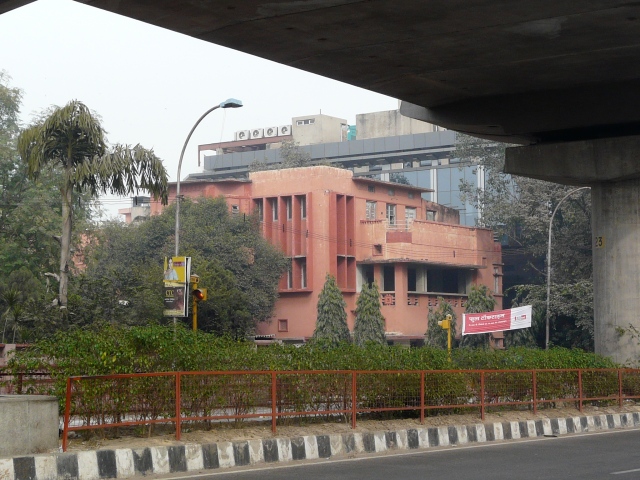