Muhammad Ghaus (or Ghawth) was a 16th c Sufi saint and teacher of the Mughal emperor Humayun as well as Tansen, the famous musician in Akbar’s court. The saint’s large tomb, built in the second half of the 16th c during Akbar’s rule, is the main structure in the garden complex located about a kilometer away from Gwalior Fort’s main eastern approach, and is surrounded by graves and smaller pavilion tombs, including that of Tansen.

The large central dome of the saint’s tomb tops the actual enclosed and walled large single room that houses the tomb, and the surrounding structure is more like a verandah with jaalis (perforated stone screens), which gives the structure a larger “enclosed” appearance than it actually has. The central dome with four small chattris (domed pavilions) resting on a prominent rectangular base has a shape much like many domes found in central India, for example similar to the domes of Hoshang Shah’s tomb in Mandu and the Mandu Jami Masjid.

The entrance to Muhammad Ghaus’ tomb, with graves and smaller pavilion tombs nearby: 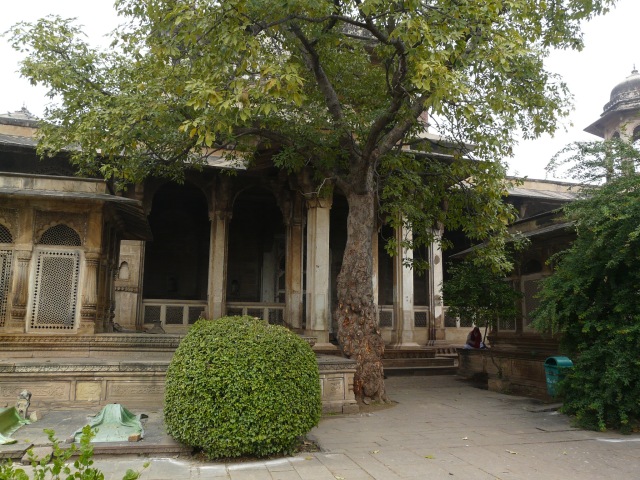 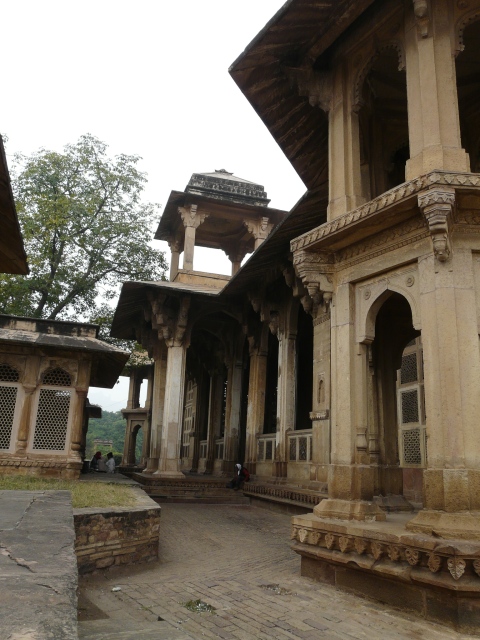 The screened “verandah” from the outside: 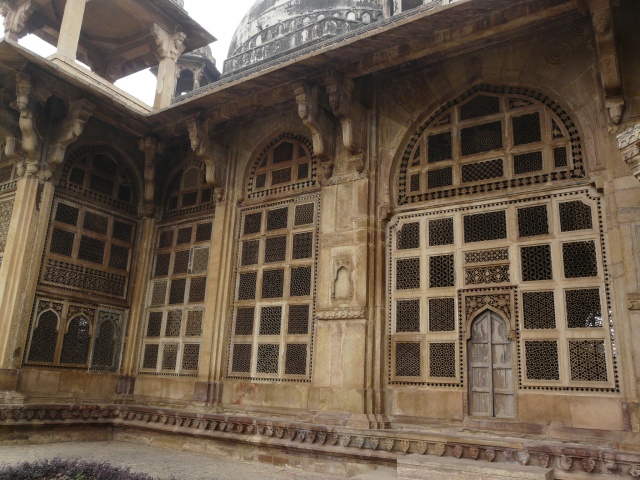 Painted ceiling at the entrance of the tomb:

Views of the verandah space, with the solid walls of the tomb itself, and the screens facing outwards: 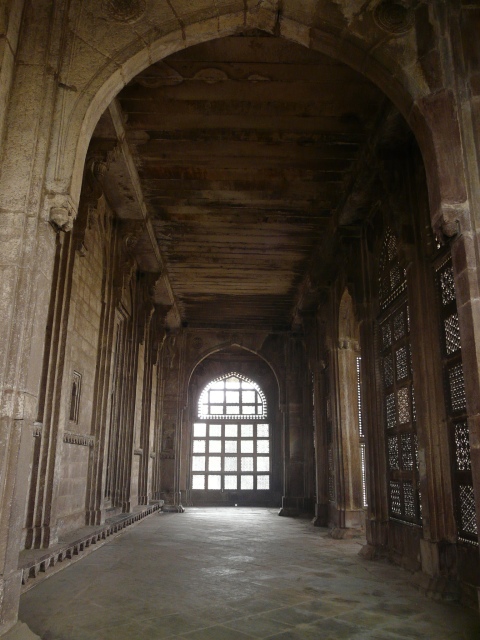 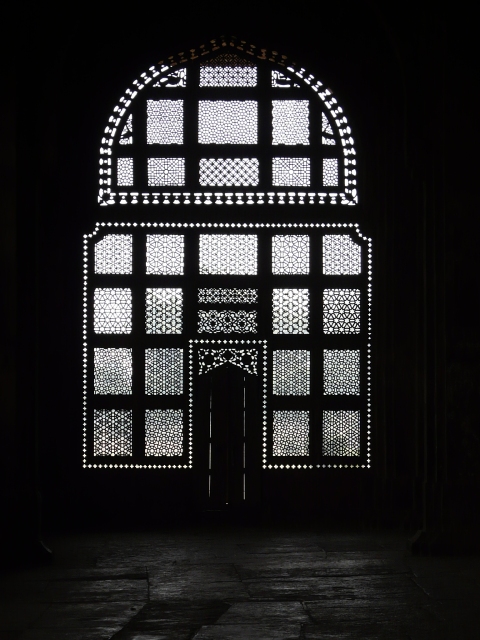 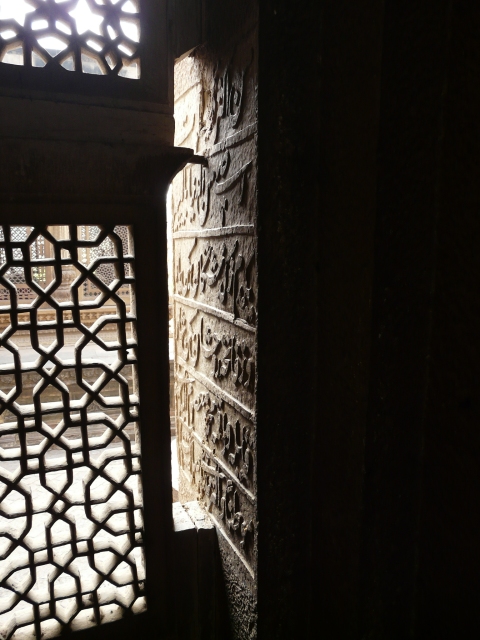 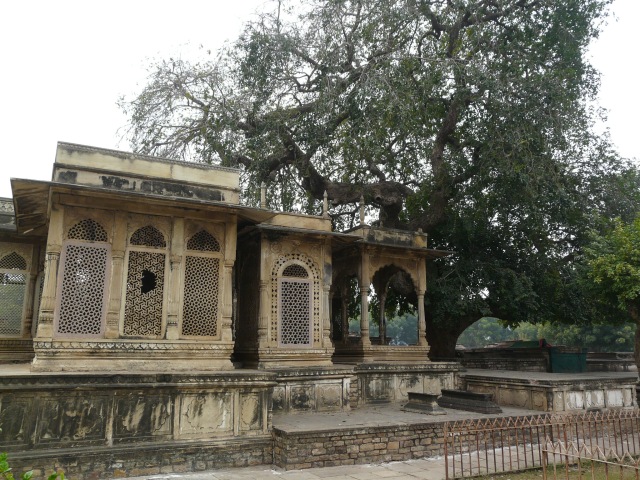 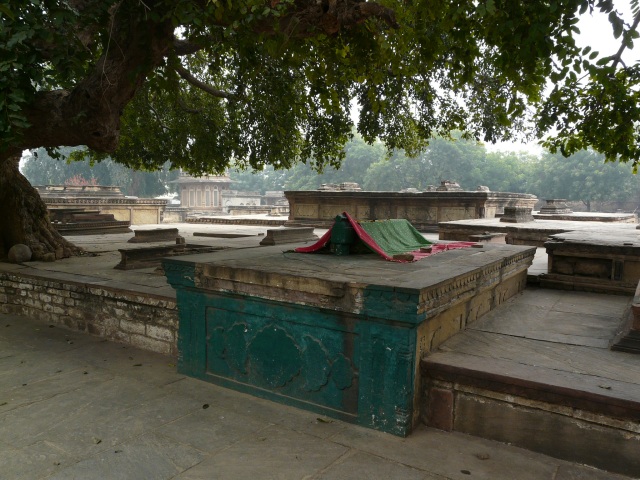 One thought on “Tombs of Muhammad Ghaus and Tansen in Gwalior”