Darasuram is just outside the town of Kumbhakonam, and is the site of two 12th c CE Chola temples. These two are among the “preserved” temples seen on this trip, and unlike the much altered “living” temples, have a much more cohesive form, with the enclosed courtyard dominated by a single large temple with mandapas (pillared halls) and the sanctum in a single line. The Airavateshwara temple is the larger of the two. There is a cohesive architectural style to all the large Chola temples as Darasuram, Tribhuvan, Gangaikondacholapuram and Thanjavur, and these are distinct to the other temples that have labyrinthine pillared corridors and courtyards around multiple and almost competing sanctums within multiple enclosing walls.

For an introduction to my Tamil Nadu Temple Run trip, visit the first (Chidambaram) post.

The large, broken down outer gopuram 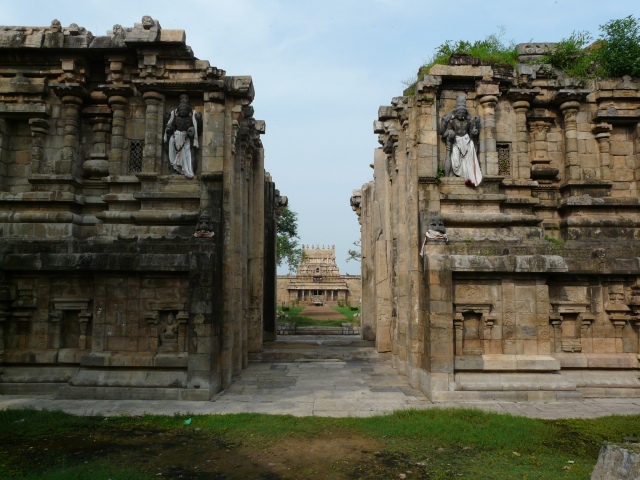 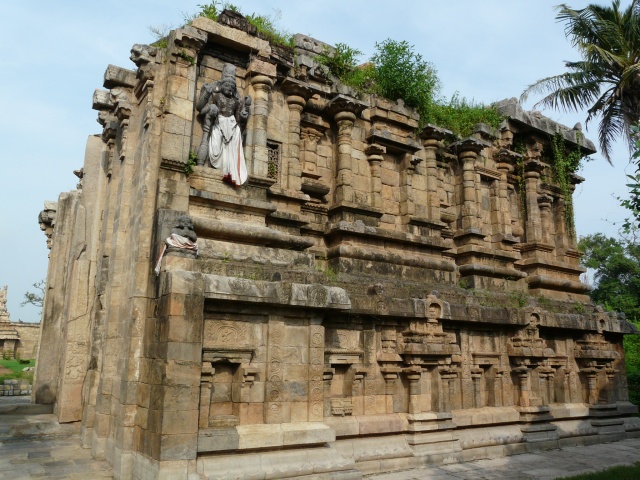 Gopuram at the inner wall 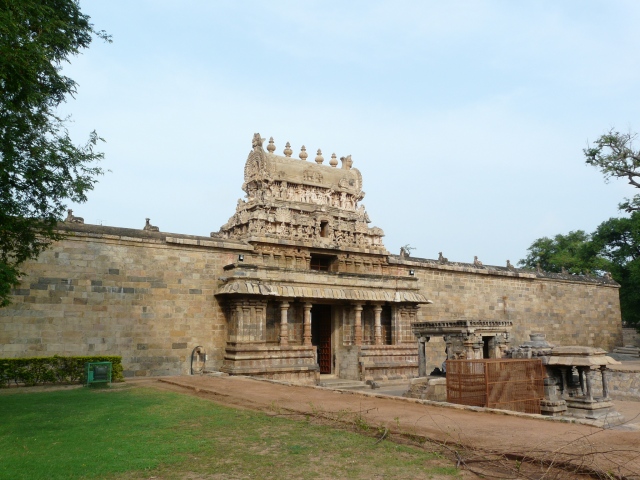 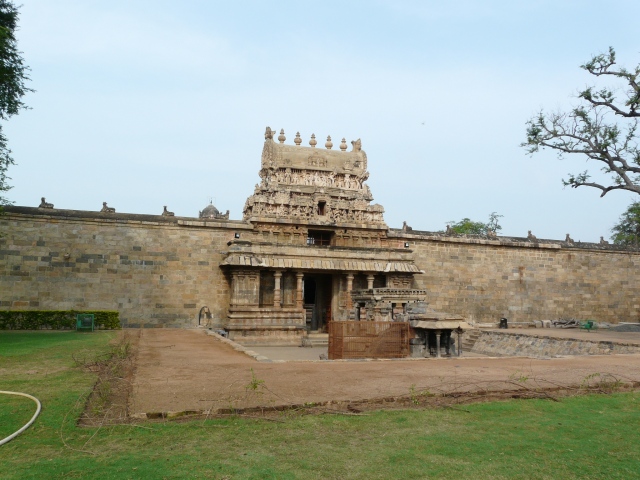 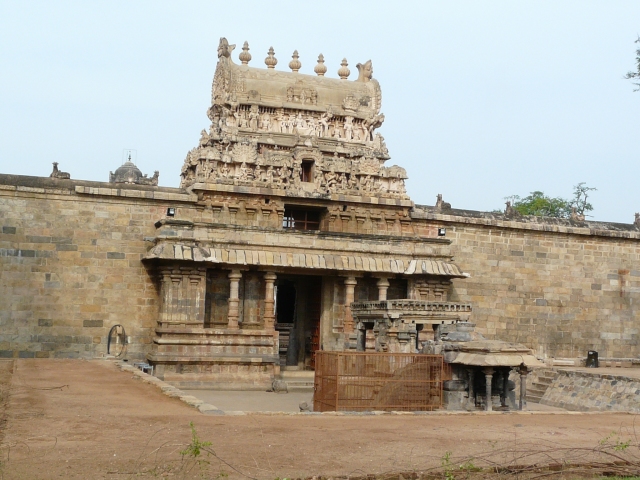 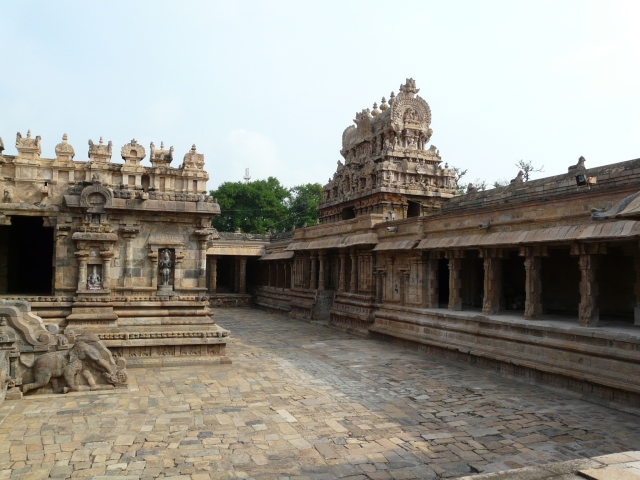 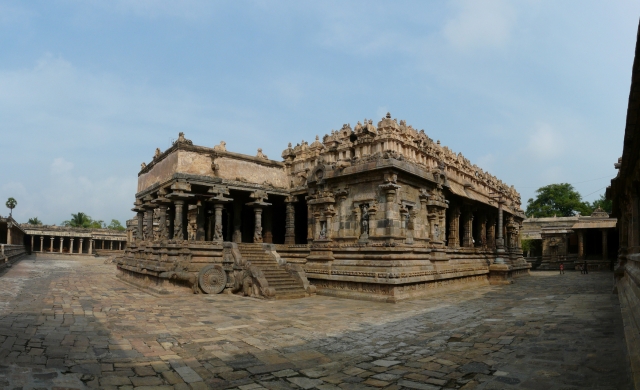 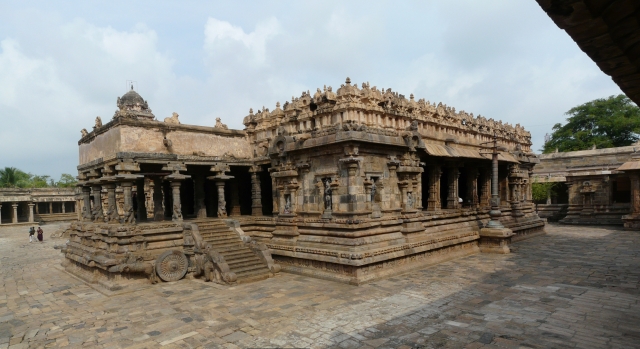 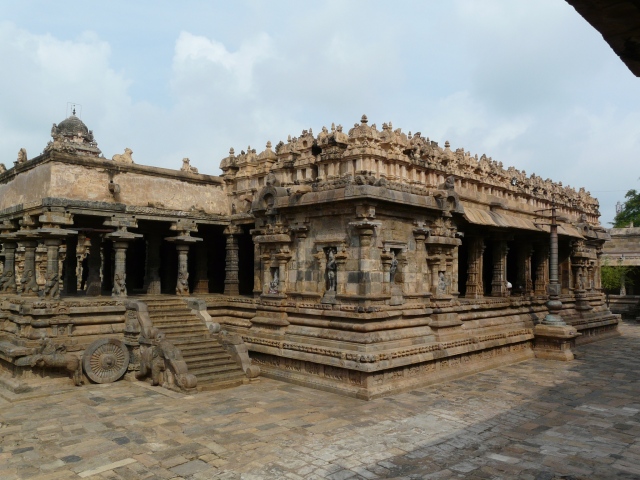 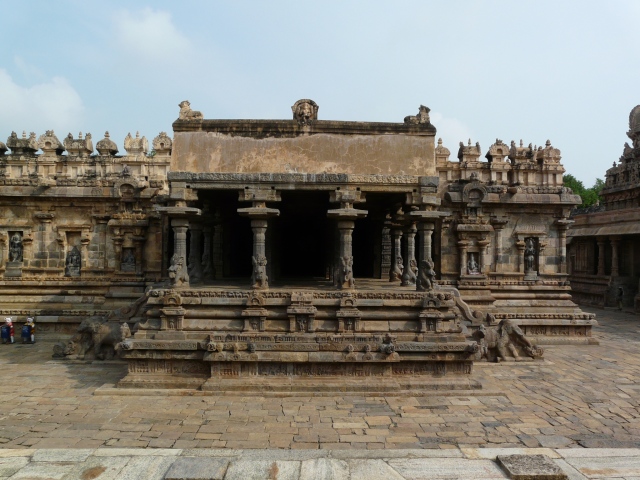 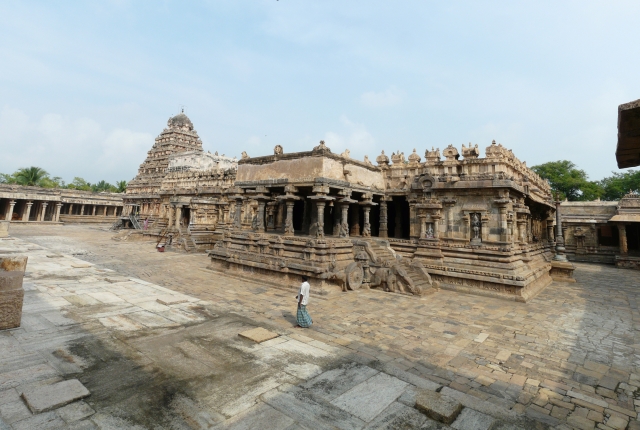 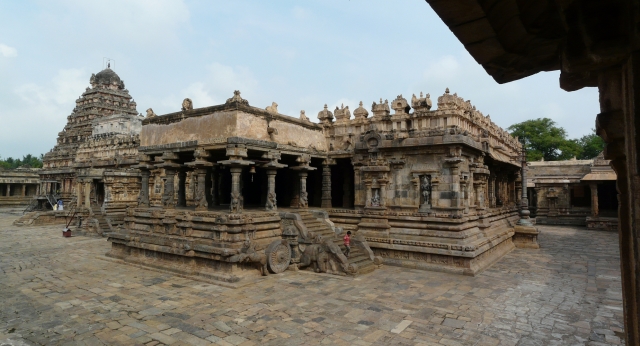 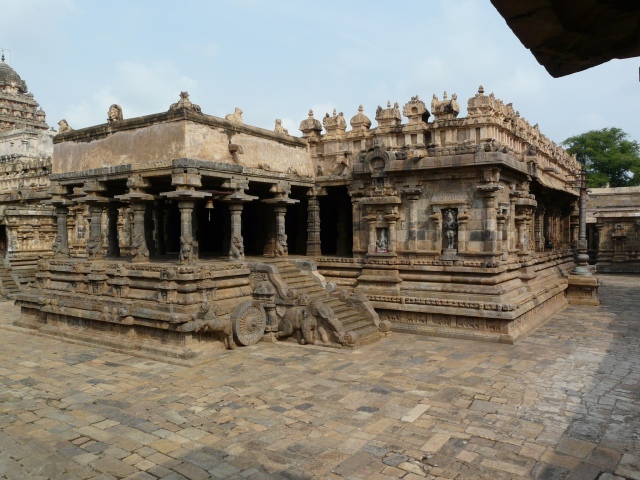 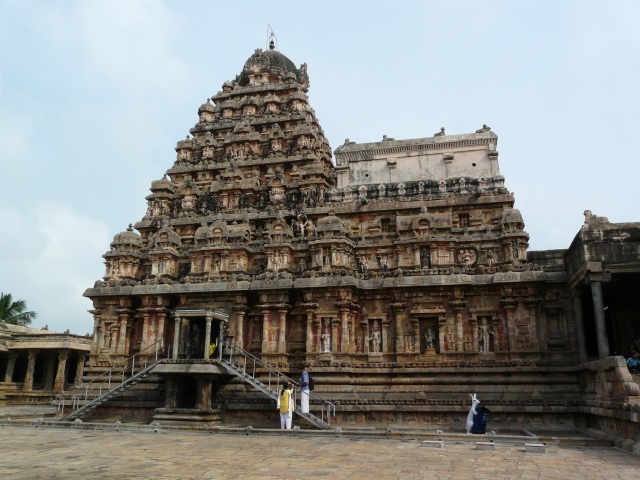 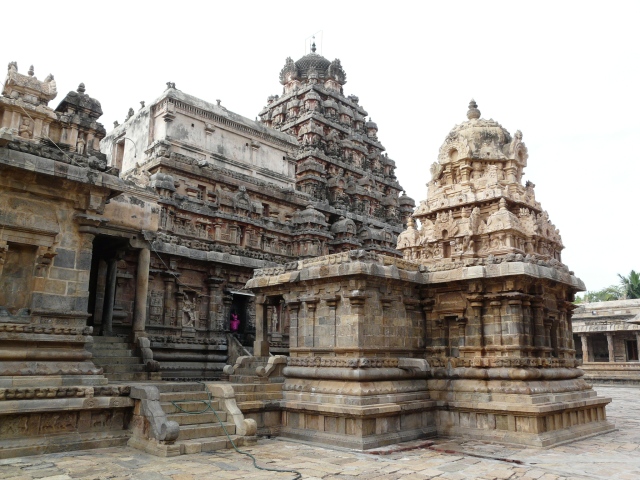 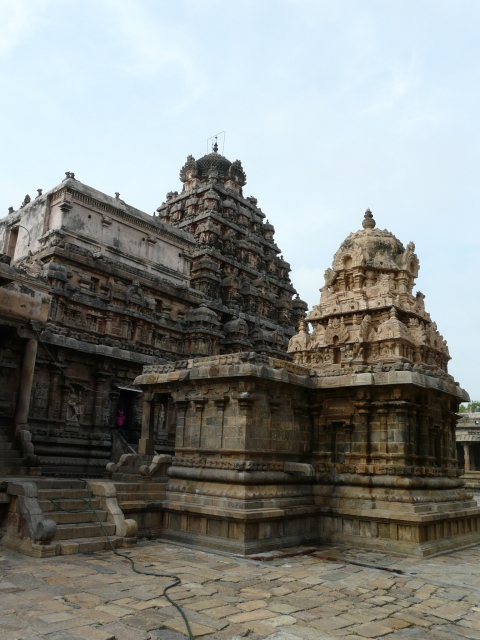 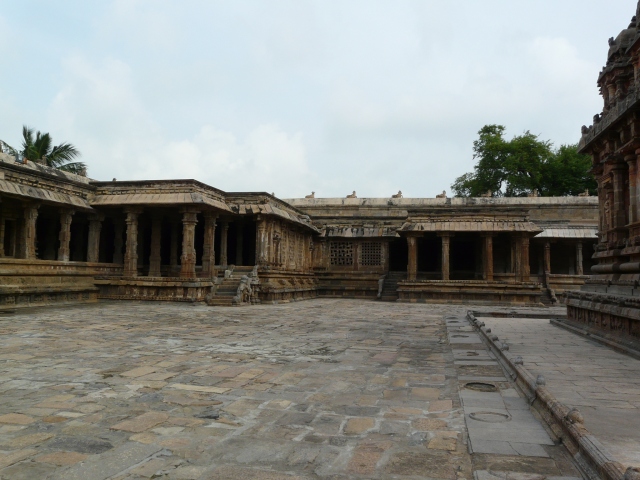 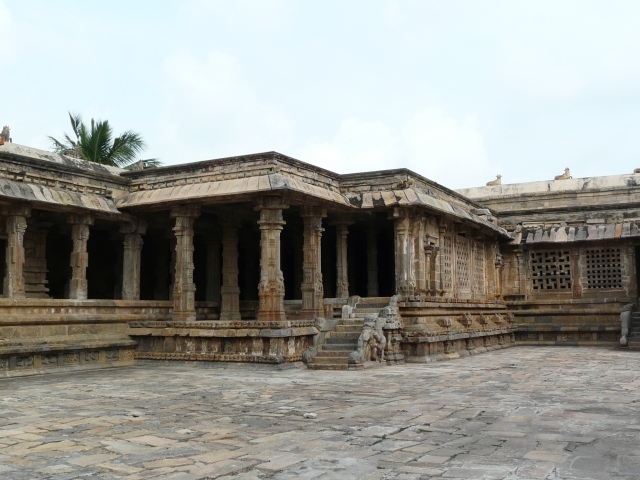 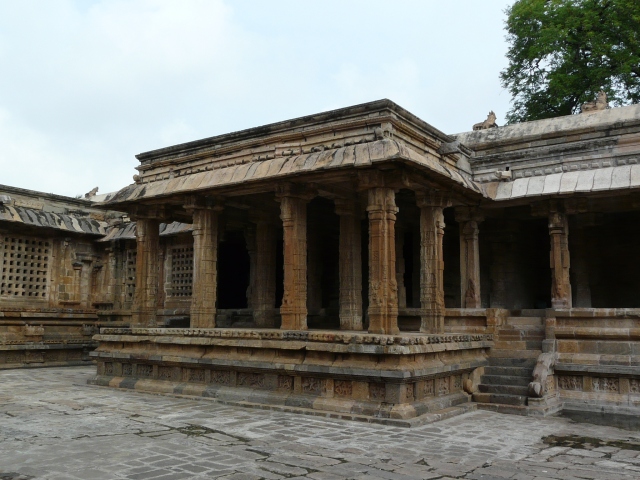 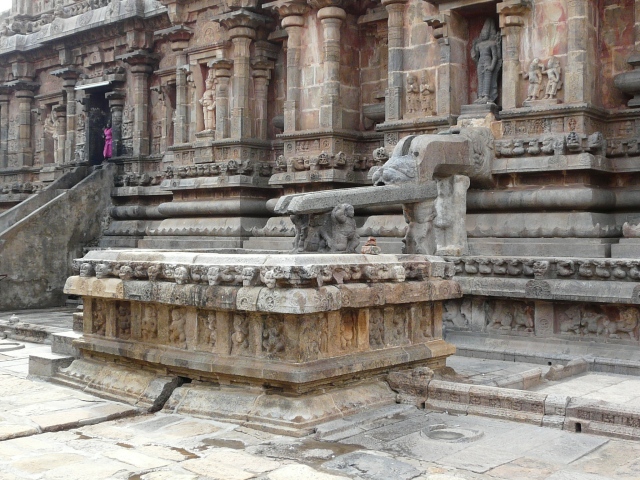 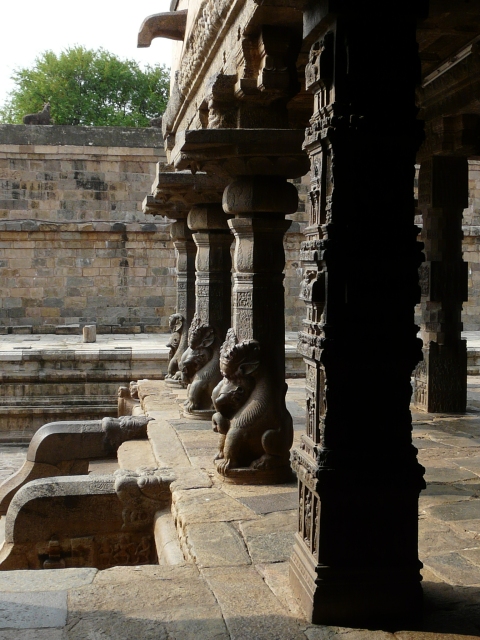 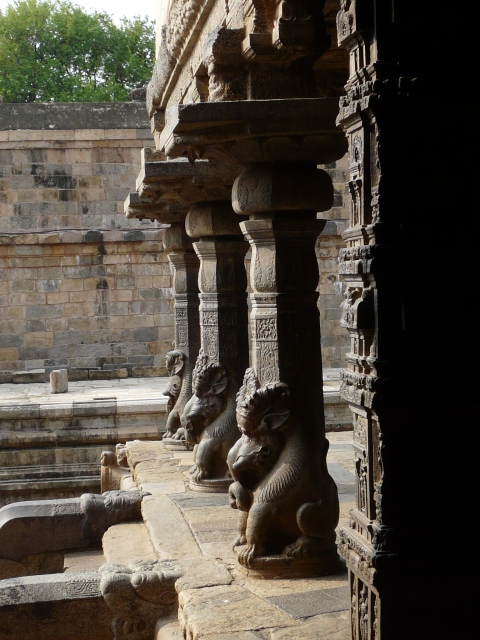 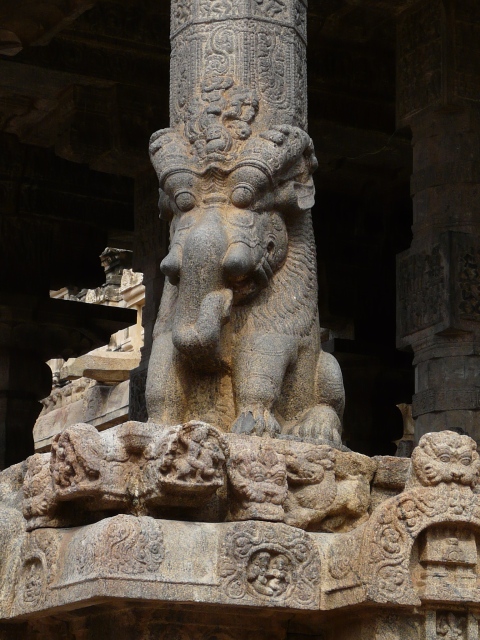 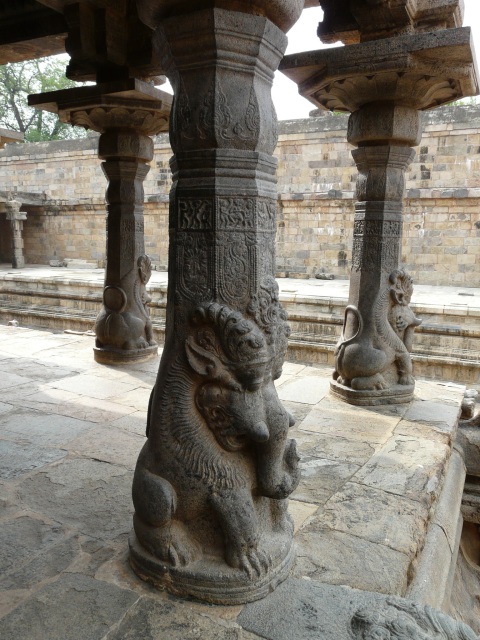 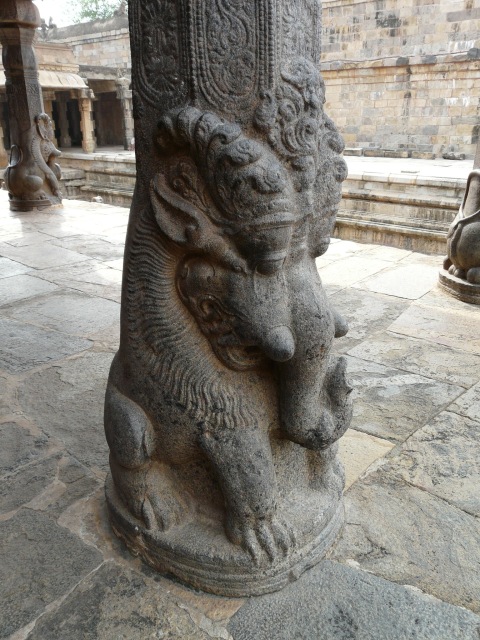 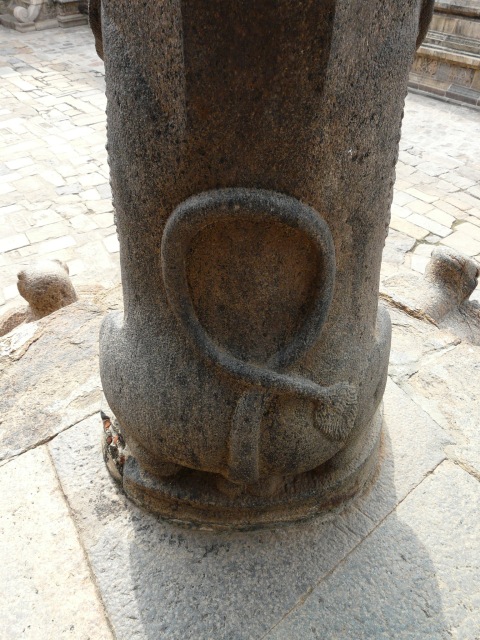