An introduction to this Tamil Nadu Temple Run trip

Chidambaram happened to be the first town I visited on this Temple Run trip just because it was closest to Pondicherry, where I started driving from, and on the way to the other towns and temples on the itinerary. I had decided to concentrate on temples in central Tamil Nadu for this trip, and exclude any other aspect of architectural, urban or related interest. This is primarily because this trip was in aid of my evil plan to slowly go through a “life list” of monuments in India as presented in Takeo Kamiya’s “The Guide to the Architecture of the Indian Subcontinent”.

Kamiya’s book I suspect in turn relies heavily on George Michell and Philip Davies’ “The Penguin Guide to the Monuments of India” (in two volumes). This work includes some more sites than Kamiya’s (and more detailed descriptions though Kamiya’s work has more photos), and will make a second, more detailed “life list”, but these two together form a very (though possibly comparatively detailed) canonical survey of historic architectural sites in India. In my opinion this kind of survey is a very good resource to follow for a “first visit” to a region in order to familiarize oneself with the built heritage of the region, and to lay the groundwork for more detailed visits in the future. Also, crossing off sites from a life list is very satisfying and a lot of fun!

With all this as the aim, my planned itinerary was Chidambaram-Kumbhakonam-Darasuram-Gangaikondacholapuram-Tribhuvanam-Thriuvarur-Thanjavur-Tiruchirappalli/Srirangam-Srinivasanallur-Kodumbalur-Narthamalai-Madurai-Kalugumalai. Madurai and Kalugumalai are more in southern Tamil Nadu than central Tamil Nadu, but I was able to add them to the itinerary!

Among the many interesting aspects of following the architectural history trail through India are the different and specific narratives and stories that emerge in every region. For instance, during this Temple Run through Tamil Nadu, the historical and architectural “lineage” of Pandyas-Cholas-Vijaynagar-Nayyakas and the development of temple architecture under their successive regimes comes into focus. Nowhere other than in the temple architecture of Tamil Nadu is this specific progression on display, since other regions and states will have their own lineages, progressions, narratives and architectural styles. These are obviously overlaps, and more overlaps among neighboring regions, but each narrative will be unique. This is why there are multiple narratives of architectural history in India, even if we are concentrating just on canonical architecture.

Another aspect that came back into focus in this temple run is the comparison between living and dynamic sites of architectural history on the one hand, and static and “preserved” ones on the other. I had discussed this earlier when comparing Humayun’s Tomb and the Nizamuddin Dargah sites in Delhi, and a similar comparison can be made with the historical progression of temples on this trip. The temples at Thanjavur, Gangaikondacholapuram and Darasuram are large Chola-era (from the 11th c and 12th c CE) temples that have ostensibly been preserved close to their original state of construction, and even though they are in active use, their environs are so much more pruned than the other urban temples on this trip that they exist in completely different contexts. Those other urban temples, at Chidambaram, Kumbhakonam, Tribhuvanam, Thiruvarur, Srirangam and Madurai, even though they might have had their origins during Chola and even Pandya times, and structures from those eras still exist on temple premises, have been altered through Vijaynagar and Nayyakar times through to the present day, and are very much “living”, crowded, throbbing temples today. This presents the same dilemma as at Nizamuddin in Delhi – the dynamism of a living and always-altering site versus the more static and staid environs but better preserved monuments of the more “archaeological” sites.

There was a third type of site visited: the more remote, smaller temples of Srinavasinallur, Kodumbalur, Narthamalai and Kalugumalai, set out in the countryside or small villages (though Kalugumalai might be classified as a small town). Gangaikondacholapuram was also out in the boondocks, but is a large temple. All of these are more in the archaeological-site category, as they are called in India.

When they say that entire towns in Tamil Nadu are built around the main town temple, Chidambaram is an example of what they mean: 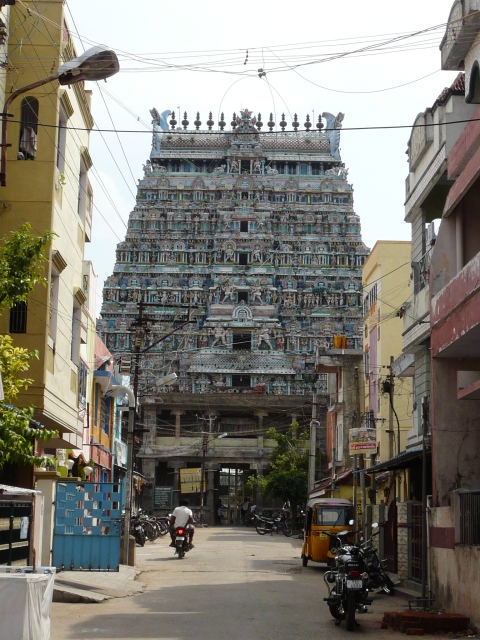 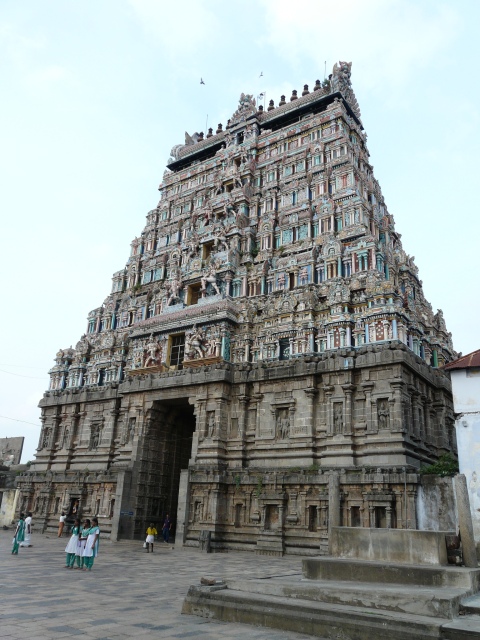 The walls of the inner sanctum 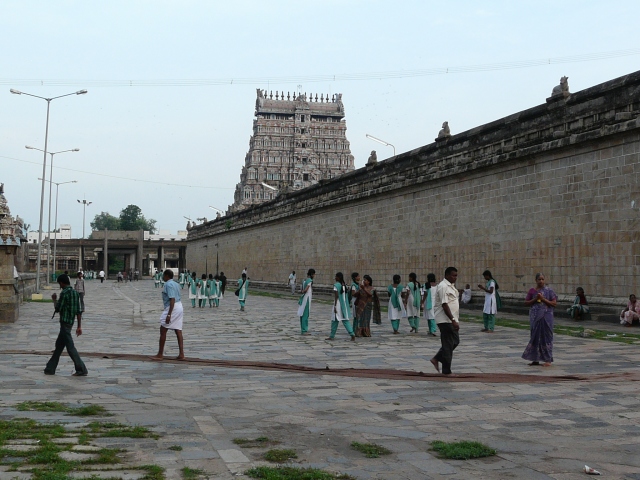 Passage into the inner sanctum 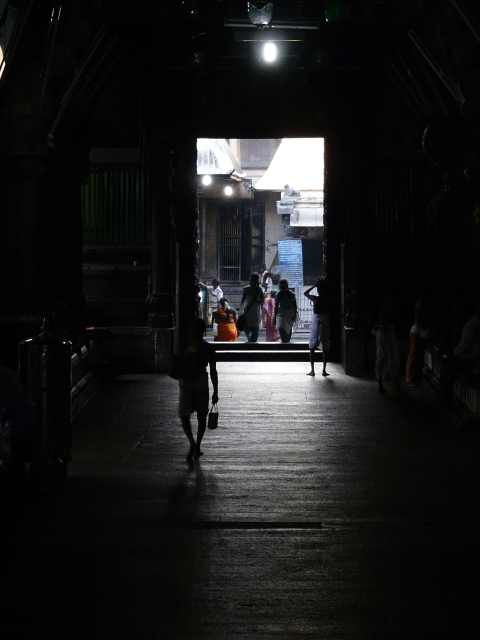 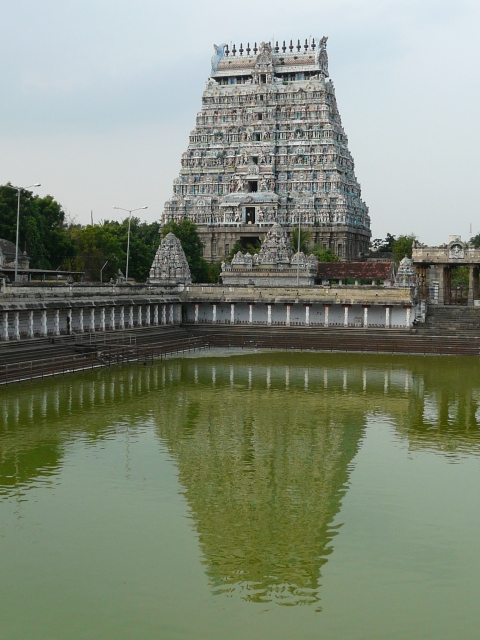 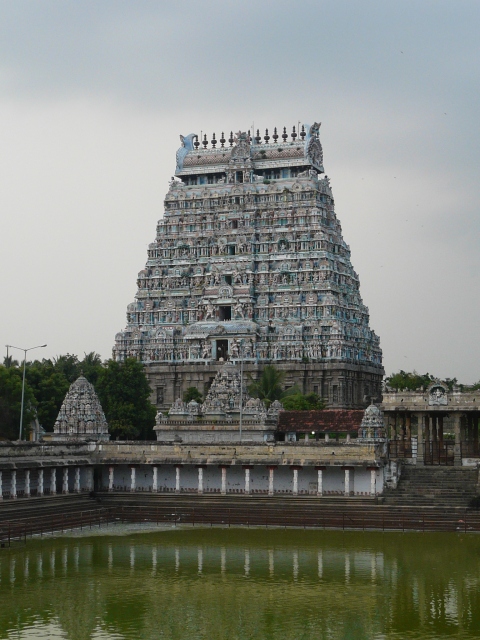 Side shrines and mandapas 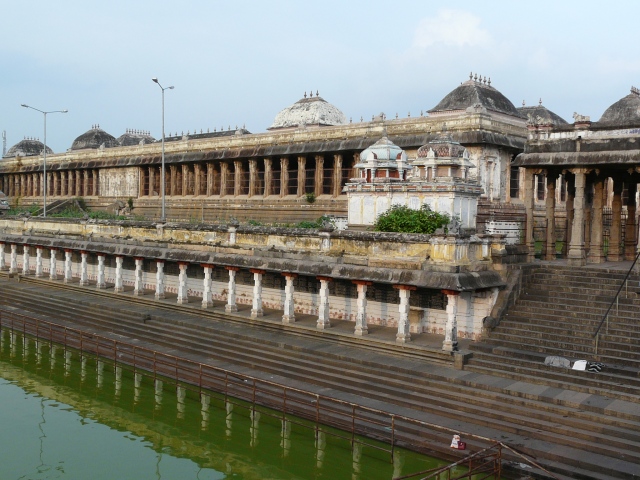 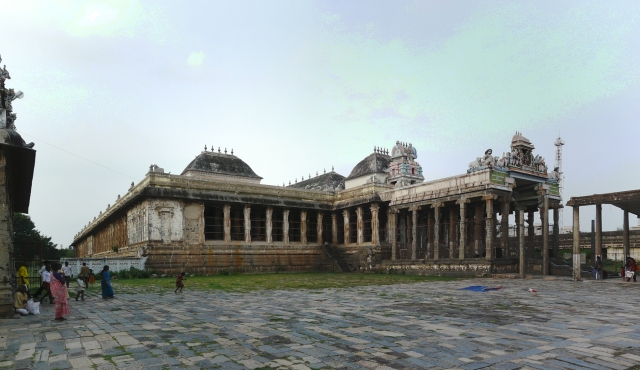 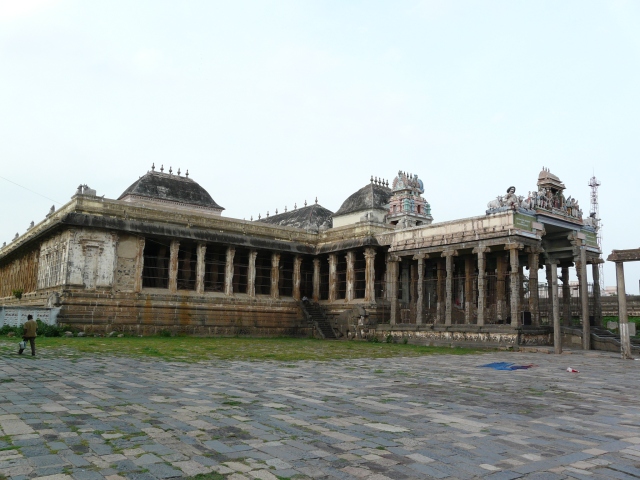 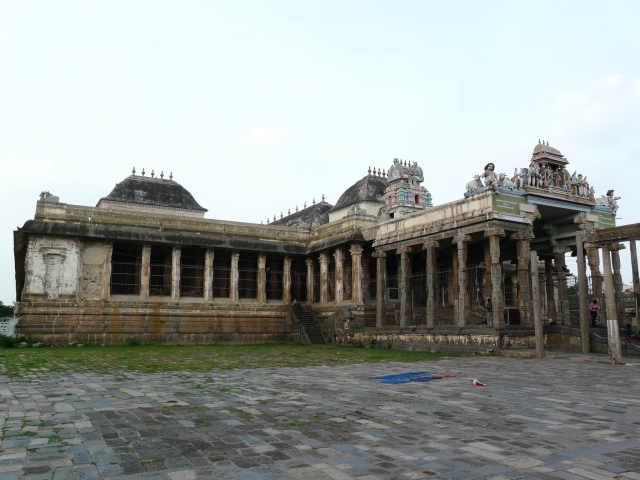 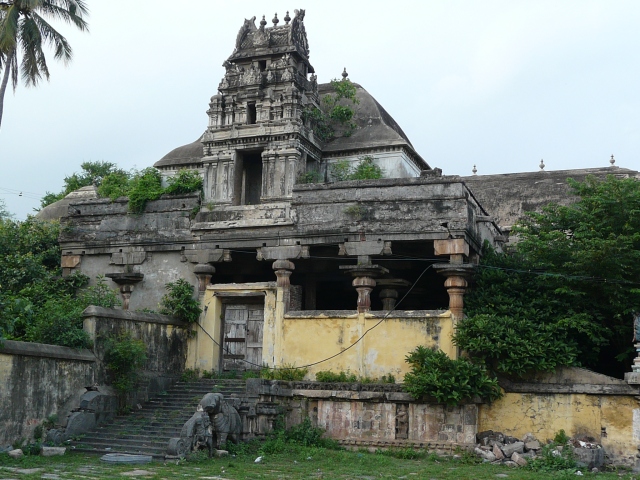 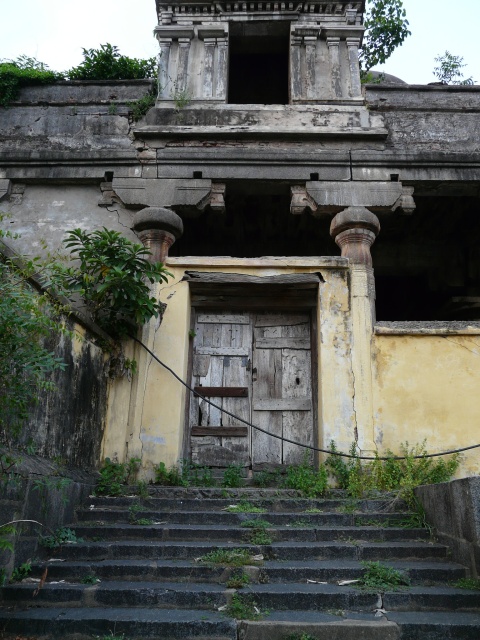 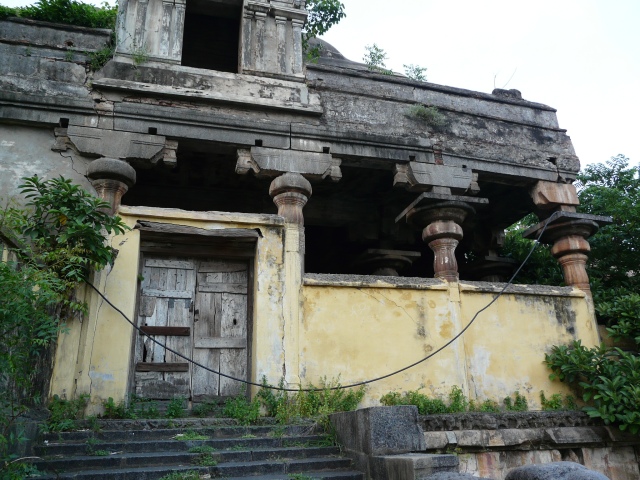 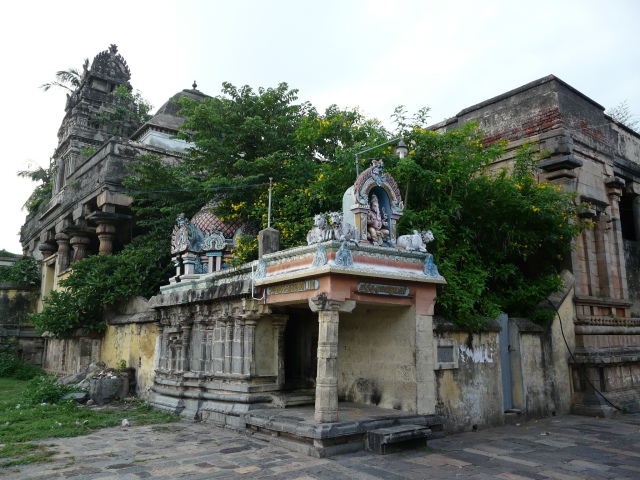 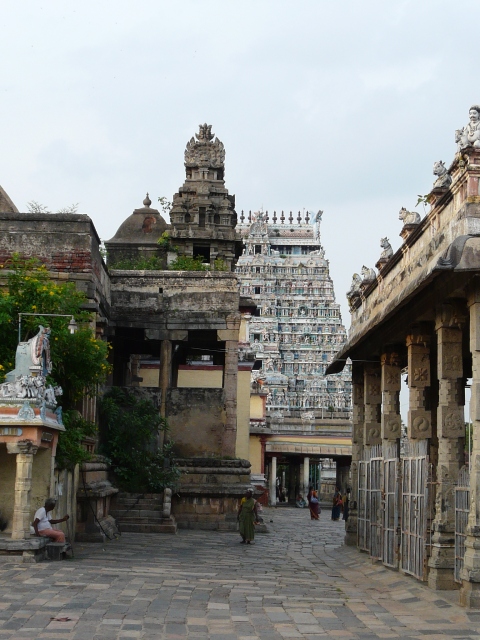