Badarpur sarai, around which the urban village of Badarpur grew, was a rest-stop on the road between Delhi and Agra. All that visibly remains today of the 18th c. sarai are three gateways, remnants of the enclosing wall and a mosque, which has been much altered since. Till a couple of years ago, Delhiites may have spotted the southern gateway while stranded in the frequent traffic jams on Mathura Road here, but since the large elevated intersection was built at Badarpur, this sighting has been given a bypass.

The three gateways – northern, central and southern – are in a line along the central road through the sarai, which now forms the central road through Badarpur “village”. From a satellite map it is still possible to see the almost perfectly rectangular layout of the urban village, which traces the original boundary walls of the sarai, with the central spine/road with its three gateways cutting through the center of the rectangle.

The central spine/road of the sarai visible at the center of the satellite image below, with the rectangular shape of the sarai clearly traced by the current urban village. The new highway intersection, metro line and (Tughlaqabad) metro station are visible to the left of Badarpur in the image

Southern gateway and remnants of the enclosing wall …

… and the same image, panned out to reveal the nearby garbage dump

Central gateway, with the northern gateway visible through the arches 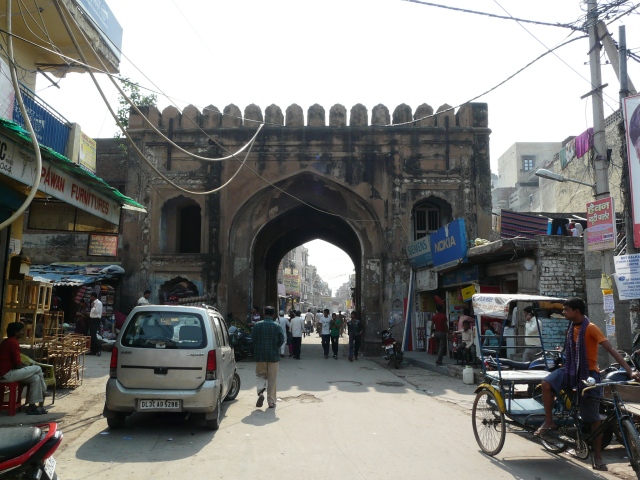 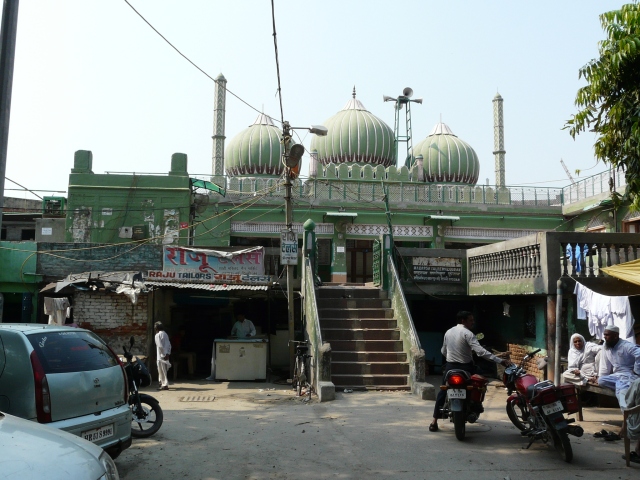 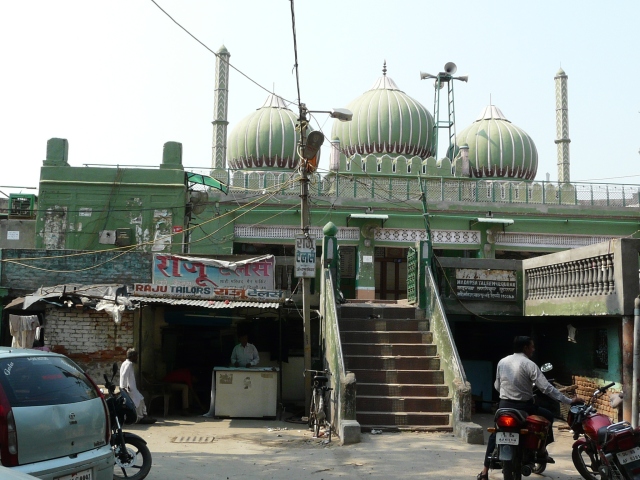